Positive resistance: March of the Music  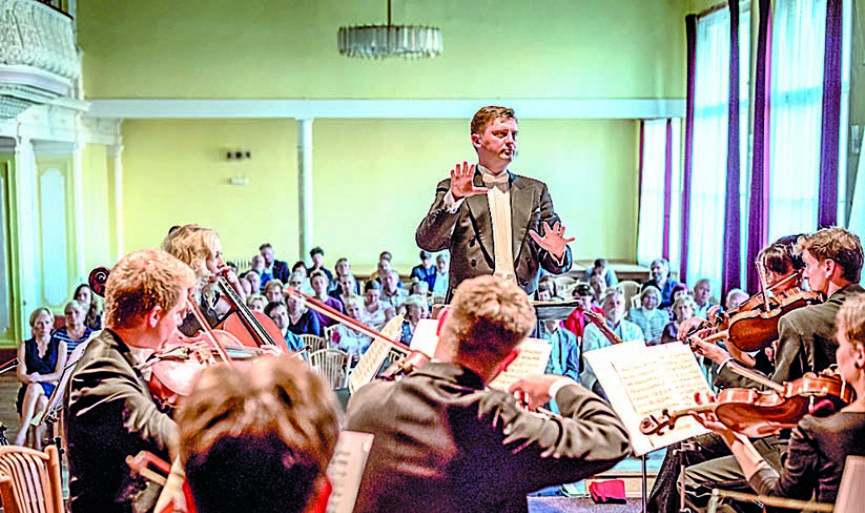 With the inspiration that I received from the "Positive Resistance" of every day and every moment of the Terezin composers along with my experience in the field, I have developed trainings through music for young people, called "Positive Resistance with the Holocaust Reality".  Currently, I am continuing to conduct these trainings in various locations of the world. This training has become an initiative over the time, and I have started the movement of "March of the Music", that I put great emphasis on.  This movement has been launched in August 2018 by taking along some students to Terezin, yearly.  This enabled me to give the concert of my dreams, at the location where the work is composed, in Terezin; while two students of the MSU State Conservatory- Istanbul, have joined me on this visit, with the valuable contribution and support of the Turkish Jewish Community.

The students had the opportunity to participate at the festival, and to visit the Terezin concentration camp and experience it. I have asked them to submit a final product, as a compulsory outcome of this training, which they have gladly accepted.  And now, it is time for these works to reverberate around the world.

On April 15, 2019, at the concert to be held in the Historical Italian Synagogue of Istanbul, I am going to perform works of the Renaissance period of Italy, where individuals have been liberated, and works from the Romantic Period in Germany where individuals are free to express their feelings, followed by post-war works influenced of the World War II.  I will be playing  with great honor works of the Spanish composer Rodrigo, Czech composer Janacek and the first time ever launch of Mikis Theodorakis' "Matthausen"  as a part of the program.

“A good friend of mine, poet Iacovos Kambanellis, was a prisoner in Mauthausen during World War 2.  At the beginning of the sixties, he wrote his memories of this time under the title ‘Mauthausen’.

In 1965 he also wrote four poems on the subject and gave me the opportunity to set them to music.

I did this with much pleasure, firstly because I liked the poetry of the texts, and secondly because I was myself locked up during the Nazi occupation in Italian and German prisons, but mainly because this composition gives us the chance to remind the younger generation of history, that history that must never be forgotten” says Theodorakis, for these very touching works.

With this concert, we commemorate the 75th anniversary of Czech Jewish families murdered in one single day, in Auschwitz. Historian and Consul General of Czech Republic to Istanbul, Dr. Petr Mares, who is a specialist of cold war after the World War II, mentions that he cannot explain this mass murder tragedy in any kind of way.

And we will make a world premiere of "Stepwise to the Tenebrous Aura", work of a composition student, Akın Kilis, who joined me on my visit to Terezin, together with the Diskant Contemporary Music Group.   To keep it brief, I will now leave you  with Akın's own lines:

“From 19th to 26th August 2018, the Second Everlasting Hope: Gustav Mahler & Terezin Composers Festival welcomed two young people from Turkey with the "March of Music" movement which is designed to take the students to Theresienstadt Concentration Camp every year under the "Positive Resistance through Holocaust Reality" initiative which is developed and led by Renan Koen. I was also called as a student studying composition.

Under this initiative and within the framework of the March of Music, I was asked to approach a specific event, instead of a range of events, happening during the days of concentration camp, starting from the gloomy and psychological burden on the city, caused by the holocaust that had happened in Theresienstadt Concentration Camp,

and to focus on a different stage at each time. The piece consisting of Pierrot ensemble band, which is based on the transfer of materials, starts from the introduction part (in the form of a growing cloud of sounds)'s access to

Jewish folk music that we might face in other parts of the piece and the part that carries folkloric impact from "Klezmer" and continues with its connection with a rhythmic part persistent on certain stresses-resolutions involving transfer. Stresses starting from upper levels get us closer to the final major resolution gradually.

In the piece revolving around the key parts of "The Tenebrous Atmosphere", "The Military Embarrassment and the Prisons", "The Final Train Journey", "The Cry" and "The Song of Hope", the parts of topics are experienced concurrently and the next stage is reached gradually.

Just before the key topic "The Final Train Journey", the Piano Sonata No 2 (op. 19) of Victor Ullman (1888-1944) and Sonata PA9 (1943) of Gideon Klein (1919-1945) among the Terezin Composers were used as inspiration. The reason why I chose this key topic, as explained by my Teacher, Renan Koen, in his own program note, was the motifs reflecting the trains going to Theresienstadt and Auschwitz camps, which were given place in Gideon Klein's Sonata PA9. The final key topic of the piece was "The Song of Hope", as I was inspired from the fugue of the final section of Victor Ullman's Klaviersonate Nr 7 (1943-1944). Another reason was that,

I was seriously affected when Micheela Vidlakova, a survivor from Therezin concentration camp who was a lecturer in one of the seminars held within the scope of the festival, sang, upon my request, a kid's song they used to sing with their friends during their days at the concentration camp. With the help of that melody, I tried to synthesize the purity of a kid's song with the cooperation among the Terezin composers, which was achieved by music, and incorporated that kid's song, which was full of hope, to the end of the piece to the extent I had remembered. The traces of the hopes of those Terezin composers have survived today and they keep getting deeper and deeper.“ Akın Kilis