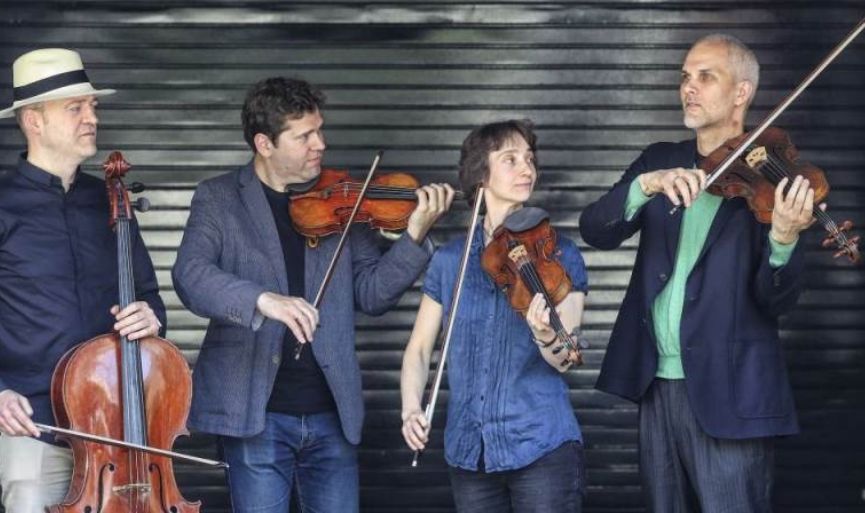 Founded in 1997, the Chamber Music phenomena, Cuarteto Casals, consisting of Vera Martinez Mehner (violin), Abel Tomas (violin), Jonathan Brown (viola) and Arnau Tomas (cello), is a worldwide known string quartet that has been acknowledged as cultural ambassadors by the Generalitat of Catalunya. They have won various national prizes like the Premio Nacional de Música, the Premi Nacional de Cultura de Catalunya and the Premi Ciutat Barcelona and they accompany the king of Spain on his diplomatic journeys.

The quartet which performs yearly on the extraordinary collection of decorated Stradivarius instruments in the Royal Palace in Madrid, have also played in prestigious halls around the world like Carnegie Hall, Kölner Philharmonie and Amsterdam Concertgebouw.

The string quartet will be performing a concert in Neve Shalom Synagogue on the eve of June 27th, including the works of Ludwig van Beethoven, Dimitri Shostakovich and the contemporary composer Giovanni Sollima, as a part of IKSV 47th Istanbul Music Festival. For further information about the concert:

To buy tickets to the concert: