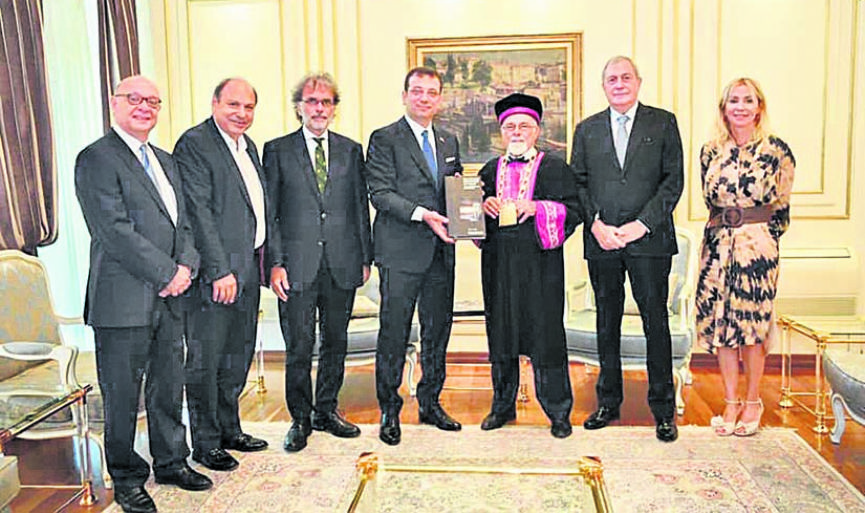 Imamoglu, amidst his conversation during the visit, mentioned that the preparations for setting up a ‘Committee of Faith’ within the municipality was continuing and added, “We have a ‘Committee of Faith’ project that we are planning on starting this term in our Istanbul. Our friends working on this project will also contact you. All the different faith groups may be experiencing problems or may have requests. We started this project for these problems and/or requests to be noticed immediately. We want everyone to feel happy with their own beliefs.”

Rabbi Haleva thanked Imamoglu for his works and achievements.