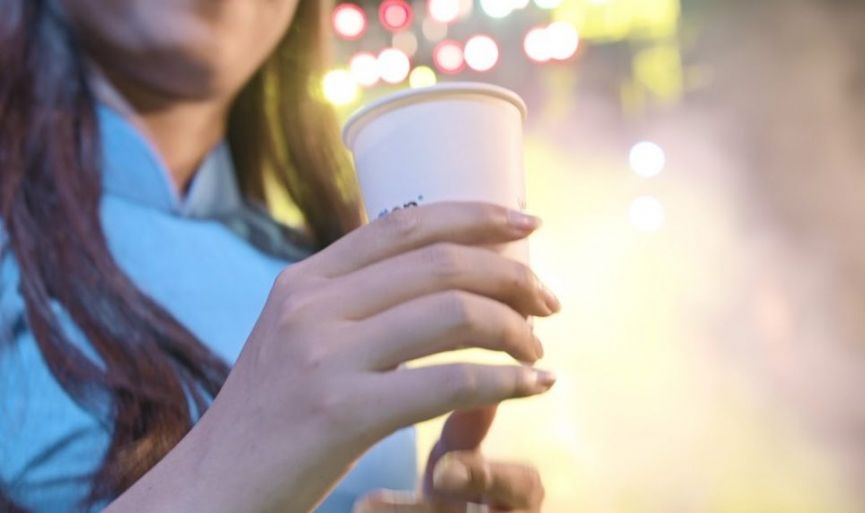 The device, dubbed the “Genny,” is a water generator capable of producing between 25-30 liters (6.6-7.9 gallons) of water per day using the company’s GENius technology.

It is the company’s first appliance for the home and office. Watergen already has a number of applications and its generators are used in disaster relief and humanitarian aid operations as well as community development across the world. Founded in 2009 by Israeli entrepreneur and former combat reconnaissance commander Arye Kohavi and a team of engineers, Watergen was originally conceived to provide easily accessible water to militaries around the world. Following the company’s acquisition by Michael Mirilashvili, a Russian-Israeli billionaire and vice president of the World Jewish Congress, the company shifted its focus tackling water scarcity and answering the needs of civilians following natural disasters.

In November 2018, Watergen provided its atmospheric mobile water generator known as a GEN-350, to rescue responders in California during the devastating Camp Fire in Butte County. The GEN-350 can produce up to 600 liters (156 gallons) of water per day and is designed to assist people in locations that are not readily accessible, the company says.

In 2017, Watergen sent four water generators to Texas and Florida in the aftermaths of Hurricanes Harvey and Irma, respectively, working with the American Red Cross and FEMA (Federal Emergency Management Agency) to provide clean and safe drinking water. Watergen has also signed a cooperative R&D agreement with the US Environmental Protection Agency (EPA), said to be facilitated by casino magnate and top Republican backer Sheldon Adelson, to test the company’s technology as a way to improve “access to potable water during shortages or contamination events.”

In addition to the GEN-350, Watergen’s products include the large-scale Atmospheric Water Generator (AWG), and the Emergency Response Vehicle (ERV), which transports Watergen units in emergency situations and natural disasters.

Now, Watergen wants to tackle the personal water consumption industry while working to reduce plastic waste, and tackling one of humanity’s greatest challenges – access to clean, accessible water, which some 2.1 billion people across the world lack.

At some 69 kilograms (154 pounds) and measuring 1.3 meters (52 inches) in height, the Genny looks similar to standing water coolers, and requires access to electrical infrastructure, which may work great for homes and offices but is likely not an easy feat for those in the developing world or in remote rural areas.

The Genny works similarly to Watergen’s other systems and operates in three ways: first, air is drawn into the machine, where dust and dirt are removed; clean air is then directed through the Genius heat exchange, which is then cooled and condensed; the resulting water is ultimately channeled through a multi-stage filtering system to remove impurities, add minerals, resulting in fresh drinking water that is then stored in a built-in reservoir, according to the company.

When the water reaches premium quality, it is stored in a built-in reservoir where it is kept fresh through continuous circulation until it’s ready to be poured, Watergen explains.

The Genny, set to roll out by mid-2019, “is cost effective and has the potential to drastically change the industry,” Yehuda Kaploun, president at Watergen USA, tells NoCamels.

The size and weight of Genny make for a home appliance that can be easily placed in indoor spaces, while at the same time eliminating the reliance on plastic, as well as “the need to carry water coolers and heavy gallon water jugs,” Kaploun explains.

Watergen President Mirilashvili, says: “There was once a time in our not so distant history, when smoke alarms and color TVs were considered extra bells and whistles in households. This is how we envision our atmospheric water generator and its application for at-home use.”

“We have cracked the code on solving a real ecological issue, economic issue and functional issue, for real people using the best engineering and science, not fiction,” he added.

The Genny was recognized by the Consumer Technology Association (CTA) as the Best of Innovation Honoree in the “Tech For a Better World” category as well as an honoree in the category of “Home Appliances,” at a CES Unveiled New York event in November 2018, according to a Watergen statement. The Genny also generated a buzz at the annual CES (International Consumer Electronics Show) conference, run by the CTA, in Las Vegas this month, one of dozens of Israeli startups and companies at the confab.

“From an environmental perspective, we are one of the few companies in the world that can have a drastic impact on the use of plastic around the world. We want to roll out a program in the United States that will bring WaterGen units to college campuses that are seeking to become more plastic free and environmentally aware,” Kaploun tells NoCamels.

“Imagine being on a college campus and receiving a bottle that you can fill up anywhere on campus for free. You no longer face the issue of selling and disposing of plastic bottles. This endeavor has the potential to educate young generations while reducing reliance on plastic,” he adds.

A commitment to humanitarian relief

In addition to its work in California, Texas, and Florida, Watergen says it has been deploying its technology in countries like Vietnam, India, China, Mexico, as well as a number of African countries.

“We have a clear philosophy of bringing clean water to as many countries as possible. We collaborate with African countries, as well as several places in the United States that lack water. We are there to help when people face disasters,” Kaploun says.

After the company donated an Atmospheric Water Generator (AWG) and a Gen-350 to the American Red Cross and FEMA to assist in the aftermaths of Hurricanes Harvey and Irma, Watergen says it is now working alongside these organizations to develop a specifically designed emergency response vehicle (ERV) for their purposes.

“The Watergen technology has the potential to contribute to wide-ranging global frameworks, from crop irrigation and animals that are dying from lack of water to hospitals and hard-to-reach villages,” Kaploun says. “We have the ability to solve the global water crisis. To do so, though, we require corporate leaders to recognize the problem and contribute to its eradication.

Kaploun says there are a number of untapped sectors Watergen is looking to expand into, one of them being the automotive industry. The company recently announced a new automotive division focused on developing solutions for water in vehicles.

At CES earlier this month, Watergen unveiled a vehicle that featured an embedded water generator that produces fresh, drinkable water. The company says that among other benefits, the generator cools the air and removes toxins and humidity, causing the car to run more efficiently.

The technology, for autonomous and non-autonomous cars, increases battery strength and mileage and improves control of the climate in the vehicle, according to Watergen.

Watergen is also looking to partner and expand into the motorhome industry, Kaploun says. “We are looking to collaborate with RV companies in the US. People on road trips require water during their extensive travels across the country and we want to make this possible for them.”

The company’s planned collaborations come on the heels of existing agreements, such as the 2017 memorandum of understanding with the India solar engineering firm Vikram Solar. Estimated to be worth at least $100 million, this agreement helped the company expand into the Indian market.