1986 Neve Shalom Victims Commemorated... Our Pain is Still the Same

22 people who lost their lives in the horrible Neve Shalom attack on September 6th, 1986, were commemorated with a ceremony. The ceremony which started with the victims relatives lighting candles in memory of the terror victims, went on with the meaningful speech of Beri Koronyo, Advisor to Turkey Rabbinate Foundation. Following the prayer for the lives lost, the cenotaph in Ashkenazim Cemetery, was visited.
Karel VALANSİ
SHARE ON TWITTER SHARE ON FACEBOOK
September 4, 2019 2211 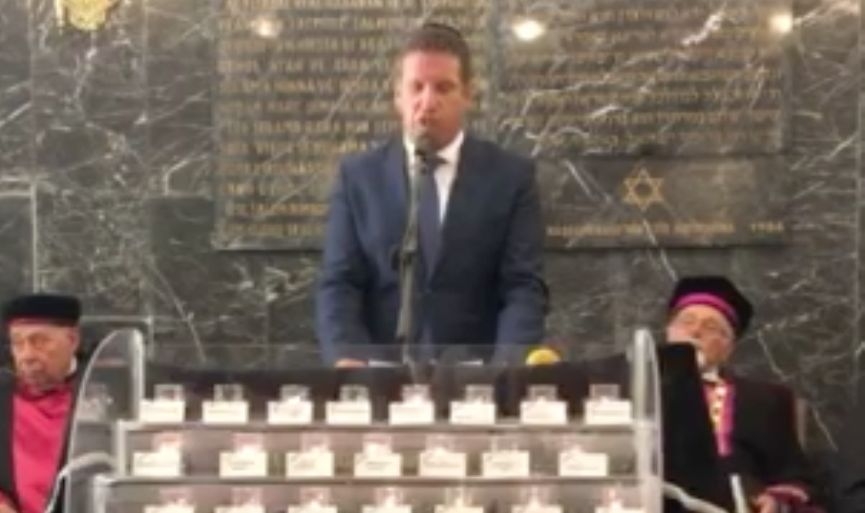 On September 6th, 1986 Saturday morning, at 9:17, Neve Shalom Synagogue experienced a relentless terror attack. The terrorists who raided the synagogue, fired with machine guns at the people who were praying their Shabbat prayers. In the attack which lasted for just a few minutes, 22 Jews lost their lives. The ceremony started with the lighting of candles in memory of the lives lost, after Chief Rabbi Isak Haleva’s prayer.

Advisor to Turkey Rabbinate Foundation, Beri Koronyo, who was only 13 years old during the 1986 terror attack, talked about how this attack affected him and his generation:

“Somebody was saying that terrorists entered Neve Shalom. Our house was in deep sorrow. We had lost 22 lives; our pain was inexplicable. The photos I saw in the newspapers the day after, the images on TV, was in my mind for years. I remember worrying about my parents who went to the funeral, whether they would come back or not. I can say this clearly; not what I learned, not what I heard from my family, not my preparations for being Bar-Mitzvah, not the holiday festivities... The event that made me feel I am Jewish was the 1986 Neve Shalom terror attack.”

After the prayers, members of Beit Din cited, the cenotaph, that was built in 1999 for the people who had lost their lives in terror attacks, was visited.