Theres No End to Hate Speech in the Media

The 2019 edition of the Monitoring Hate Speech in the Media research, covering the months of January-February-March-April, prepared by Hrant Dink Foundation is announced. Where Armenians are the largest group of hate speech items against them, Jews come the second.
SHARE ON TWITTER SHARE ON FACEBOOK
October 3, 2019 1364 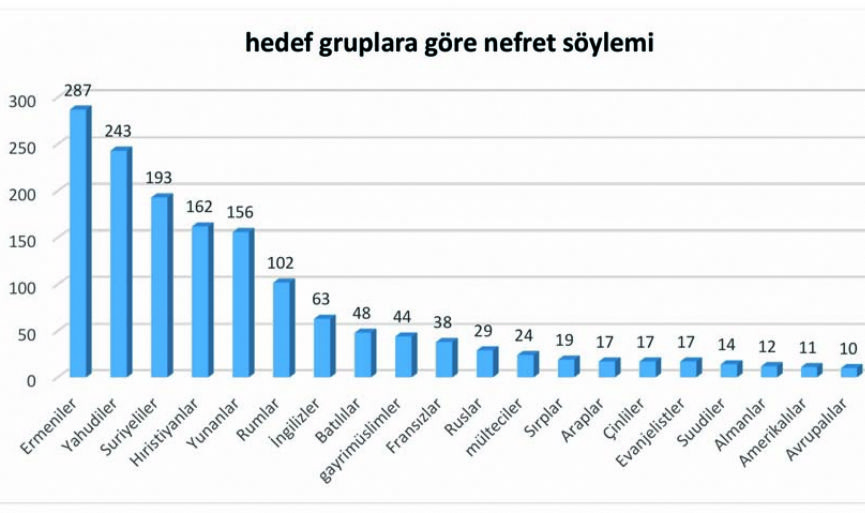 The Groups Hate Speech is Produced about

According to the report, Armenians come the first with 287 items, Jews come second with 243 items and Syrians come third with 193 items. Numerous groups like Christians, Greeks, English are also on the list.

The hate speech towards the Jews, were generally seen in the news concerning the Israeli-Palestinian conflicts and in the news covering the problems being lived in and about the al-Aqsa Mosque.

In these news, Jews were violently identified and alienated. Instead of using words like ‘State of Israel’, ‘Israel’, or ‘Israel Defense Forces’ which define people or institutions, Jews are targeted generalizing and using the Jewish identity.

In total, 1591 items of hate speech targeting 48 different groups were reported. 1322 of these items were in editorials and news. Where 42 percent of the items mentioned were in the national newspapers, 58 percent were in local newspapers. 50 percent of the hate speech expressions were found in the editorials whereas 47 percent were found in the news texts.