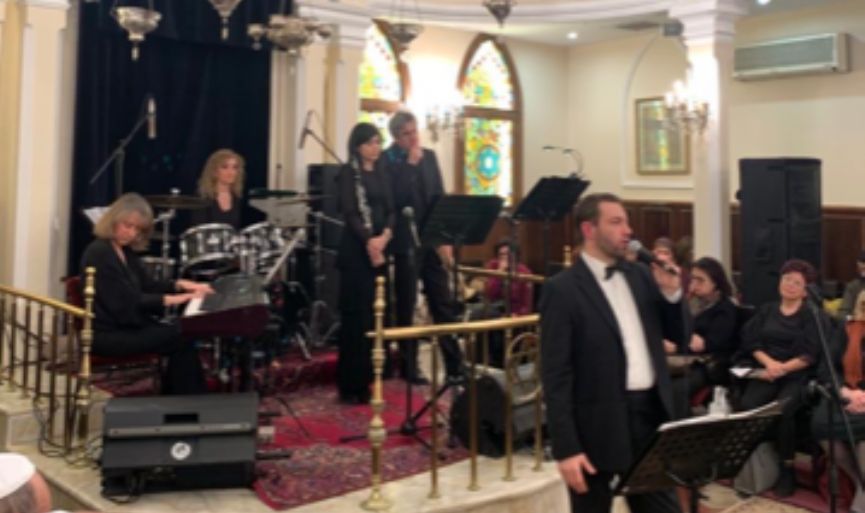 During the concert 'Even the Elephants Read Tarot Cards' where the Italian Consul General Elena Sgarbi also attended, the group took the guests to a virtual journey into traditional Jewish music with the Hebrew and Jewish songs. Head of Italian Jewish Community Rıfat Behar in his opening speech said, "Holocaust was the preferably used name for the systematic genocide Nazis performed during the Second World War towards 6 million Jews. Nazis used a softer saying as 'The Final Solution of the Jewish Problem'. 'Shoah' is the modern Jewish - Hebrew name for this disaster.

The racist policy of the Nazis did not just affect the Jews. Besides the over 6 million Jewish victims, Gypsies were also tortured and slaughtered.

Among the other victims who did not belong to the Aryan race were Russians and Slavs. 'NEVER AGAIN' that we have repeated many times, will keep being our guiding and unchanging principle."