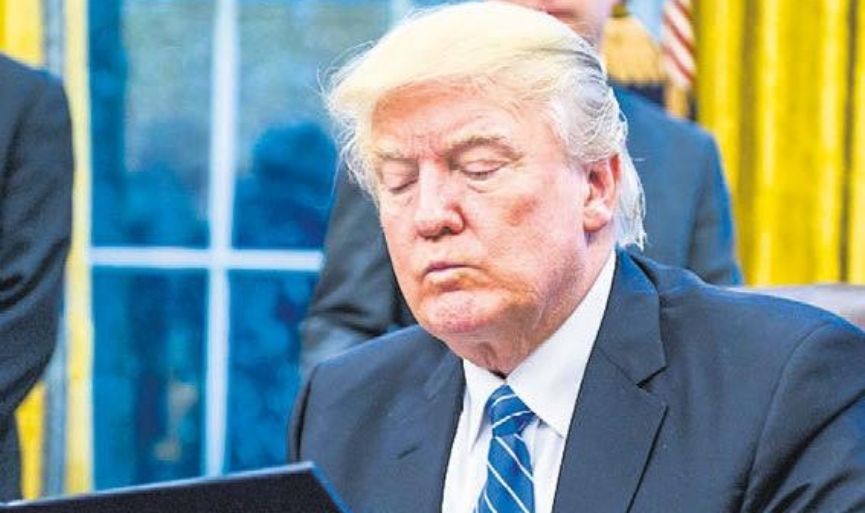 President Trump’s plan titled "Vision for peace, prosperity and a brighter future for the Israelis and Palestinians", was announced to the public on 28 January 2020 with a ceremony attended by representatives of some Arab countries among others.

Those who wish to learn more on the content of the plan can access it at https://www.whitehouse.gov/wp-content/uploads/2020/01/Peace-to-Prosperity-0120.pdf

PA President Mahmut Abbas out-rightly opposed the plan even before it was announced. While some of the Sunni Arab states supported the plan, others implicitly endorsed it by not objecting to it.

The standard-bearers of those who objected and depicted the plan as "so-called" and “N / A” were Iran and Turkey.

The terms of the Trump plan are not new. These have been on the market since 1917!

The Balfour Declaration of 2 November 1917 emphasized: "His Majesty's government view with favour the establishment in Palestine of a national home for the Jewish people ..."

The San Remo Conference Declaration of April 25, 1920, envisioned that in order to achieve the goals set in the Balfour Declaration, in accordance with  Article 22 of the League of Nations Convention, a country would be assigned with a mandate, which would assume the obligation of the establishment in Palestine of a national home for the Jewish people.

Indeed, the premise which underscored the historical bond of the Jewish people with the land and its right to establish a homeland there, became part and parcel of International Law since it was included in the text of the League of Nations relative to the British Mandate for Palestine, dated July 24, 1922.

The Trans-Jordan memorandum of September 23, 1922, added to the text of the mandate, stipulated that the National Home of the Jewish People could not extend beyond the east bank of the Jordan river. The importance of this memorandum in relation with the current debate is that it registered the Jordan River as the eastern border of the future Jewish homeland.

Article 80 of the United Nations Charter ratified on October 24, 1945, stipulates that: “1. Except as may be agreed upon in individual trusteeship agreements, made under Articles 77, 79, and 81, placing each territory under the trusteeship system, and until such agreements have been concluded, nothing in this Chapter shall be construed in or of itself to alter in any manner the rights whatsoever of any states or any peoples or the terms of existing international instruments to which Members of the United Nations may respectively be parties.

2. Paragraph 1 of this Article shall not be interpreted as giving grounds for delay or postponement of the negotiation and conclusion of agreements for placing mandated and other territories under the trusteeship system as provided for in Article 77.”

The guilt of the British, the Allies and the Arabs

The failure of the British in fulfilling their obligations relative to the Mandate on time owing to the Arab threat to their oil interests has been the primary cause of the genocide suffered by the Jewish People in the hands of the Germans.

Moreover, the British and Americans, who were aware of the extermination activities in the German death camps, refused to bomb the railways that led to the camps despite all the calls of distress. The Result? Almost the totality of European Jewry perished!

What happened in the short period from the founding of the UN?

♦ On November 29, 1947, the United Nations General Assembly approved the Palestine Partition Plan which was rejected by all Arabs who engaged in a civil war while the British were still in the country. Anyway, that vote was non-binding since it was not voted at the UN Security Council.

♦ On May 14th, 1948, when the mandate expired, Israel declared independence and immediately after the British left the country, found itself in a genocidal war as evidenced in the statements of Arab states which attacked.

♦ Egypt invaded Gaza and Trans-Jordan invaded the land west to the Jordan River. Armistice was declared in 1949. Jordan annexed the land it conquered along with East Jerusalem in 1951.

♦ As a result of the war, two refugee problems ensued: The Palestinian and the Jewish refugee problems. The Jews had to flee from Arab countries for their lives and integrated in Israel as well as in countries such as France and the USA, whereas the Arab states confined their Palestinian brothers in camps and condemned them to live on international charity.

♦ The main reason for the outbreak of the  Israeli- Arab war in 1967 is the narrow waist of 14.5 km of Israel’s 1949 ceasefire borders which were indefensible. At the end of the war, Israel dominated the Sinai, Egypt-occupied Gaza, the Golan the and the Jordan-occupied Judea and Samaria (West Bank), including Jerusalem.

♦ In September 1970, when the Palestinian militants threatened the Jordanian regime, 4500 people died in the war which ensued.

♦ As a result of the attacks carried out from South Lebanon (Fatahland) which was under the de facto control of the PLO in 1982, Israel occupied a significant part of Lebanon, including Beirut; Christian Arab forces massacred Palestinians in the camps of Sabra and Shatila; Palestinian militants who lost the war took refuge in Tunisia.

♦ During the Gulf war in 1991, Iraq fired ballistic missiles on Israeli cities.

♦ With the 1993 and 1995 Oslo Accords, the autonomous Palestinian Authority was established and Palestinian militants were allowed to return from Tunisia to the West Bank and Gaza.

♦ In 1994 the Israel-Jordan peace treaty was signed.

♦ In 2005, Israel withdrew unilaterally from Gaza. In 2007, The Hamas organization, which rejected peace with Israel took over Gaza. The Palestinian movement split into two. Israel had to intervene three times between 2008 and 2014 due to rocket fire from Gaza which targeted the Israeli civilian population.

♦ In 2006, Israel intervened in South Lebanon following the killing and kidnapping of its patrolling soldiers by the Shia Hezbollah organization, which was in control of the area.

The Arab-Israeli conflict has been going on for a long time.

The reason it still continues is that the peace plans proposed so far couldn’t meet the minimum security needs of Israel. In other words, Israel refuses to return to the indefensible borders of 1967, coined as "Auschwitz Borders" by the former Israeli Foreign Minister Abba Eban.

What kind of peace?

Israel cannot allow any arrangement that could put its existence in jeopardy out of its own consent. The Trump Plan therefore took into account the peace parameters set by the Peace Nobel laureate Israeli Prime Minister Yitzhak Rabin who was murdered by a Jewish fanatic in 1995. The first one being that Israel's eastern border must be in the Jordan Valley which is surrounded by the mountains of Judea reaching up to 1400 meters; The second one is the establishment of a state structure providing maximum autonomy to the Palestinians while preventing them from harming Israel.

As mentioned at the beginning of this piece, Sunni Arabs are quite acquiescing with this plan. Of course, not out of their hatred for Palestinians nor for their love of Israel. Their main motive is that they perceive a vital threat from Shiite Iran to their welfare and see Israel as a potential ally against it. In other words, they do not perceive an existential threat from Israel.

Why the bride wasn't at the wedding?

When the peace plan was announced with great fanfare at the ceremony in Washington, the world press related to the absence of the Palestinian side by asking why the bride wasn't at the wedding.

The Palestinians were absent because that was not a "Peace Agreement" but only a plan worked out in absence of an interlocutor and put on display expecting a potential customer.

The Allon parameters of 1967 and those of Rabin in 1995 comported the minimum requirements Israel could accept. Those who are interested in the subject can consult the below link:

Consultant Kushner took into account all this, while detailing the plan. In order to satisfy the Arab side, he proposed to give land from the Negev in the south of Israel, equivalent to the strategic areas to be annexed by Israel in Judaea and Samaria (the West Bank).

Another trump card showcased by the Israeli side is a tunnel that would connect the Palestinian region in the West Bank to Gaza, namely to the sea.

How to realize a commercial transaction?

The problem is that there is no compatibility between what the parties at the bargaining table want to buy and sell. Consider a marketplace with two parties wishing to make a deal and that someone tries to impose on them the terms of their transaction.

A deal can take place only when there is a balance between the offer and requirements of both parties.

Well, how is that balance to be reached? Either by carrot or by stick or by both!

The proposed plan twists neither Israel’s nor the Palestinian side’s arms. Meaning there are no sticks but only carrots.

After all, if you want to get something, you have to give something.