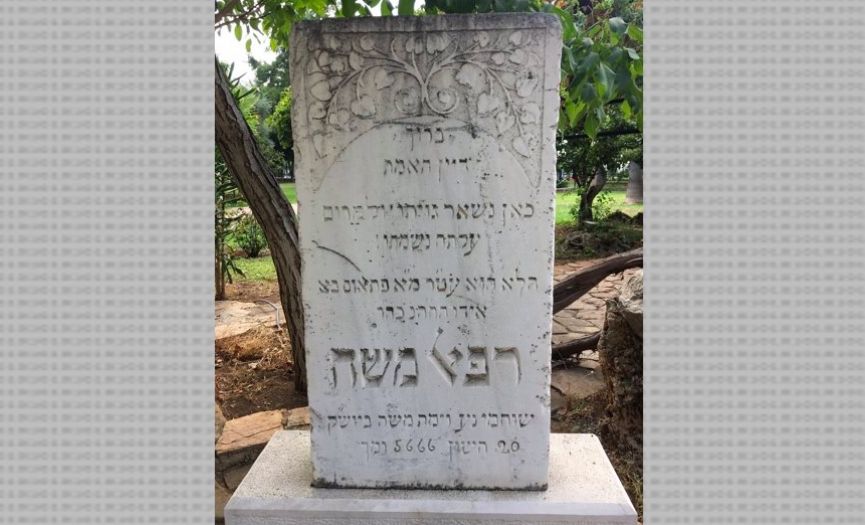 I have always been interested in the history of my hometown of Antalya. In particular, elements of the city's cosmopolitan past have always deeply intrigued me. At the start of the 20th century, the city was home to a large Turkish and Greek population, as well as much smaller communities of Jews and Armenians. For a clearer overview of the demographics of Antalya, a census from the year 1899/1900 put the total population at 15,662. 10,828 of whom were Muslim, 4,270 Greek Orthodox, 278 foreigner, 235 Jewish, and 51 Armenian. This demonstrates the tiny size of Antalya's Jewish community at the time. And thus makes it rather hard to imagine that a Jewish community even existed in Antalya at all. The fact that the city’s former synagogue, Talmud Torah, and Jewish cemetery have long disappeared alongside the community makes it even harder to envisage the Jewish history of the city. Alongside a lack of Jewish cultural heritage, the generations of local Antalyans who may have remembered their Jewish neighbours have long since passed away. As a result, historical documents and research that delves specifically into the history of Antalya's Jews is fairly sparse, particularly when compared to the abundance of documents pertaining to Jewish history in Turkey's larger cities, where much larger Jewish communities existed.

My interest in the widely forgotten Jewish community of the city led me to gather all the documents I could find relating to the Jewish history of Antalya. During the course of this search, the one remaining tangible piece of Jewish heritage I was able to find in the city was a lonely tombstone sitting in the garden of the Antalya Archaeological Museum.

I first noticed this tombstone several years back, and returned to the museum a few times to try and gather further information on its origins. Several historic maps and documents indicate that there was indeed once a Jewish cemetery just outside of the walls of Antalya's old town. The Old Jewish Cemetery (In Turkish, 'Musevi Mezarlığı' written on the map)

This particular tombstone was most likely salvaged from this very cemetery when it was eventually demolished as the city of Antalya continued to expand in the 20th century.

With the help of a good friend, I translated the Hebrew inscription on the tombstone and discovered that it belonged to a Raphael Moshe, who passed away on the holy Sabbath on 18 November 1905 (20 Heshvan 5666).

After having translated the tombstone, my friend and I thought that, that would be the extent of the story, however in just a few days we had a major breakthrough when we discovered the name Raphael Moshe (Pizante) on a list of new members of Alliance Israelite Universelle from Antalya. The list consisting of just 9 names dates back to the years 1884-85. The dates all corresponded, and soon enough we were able to find Raphael Moshe's living descendants through heritage and family tree websites. After a while, I contacted Raphael Moshe's great-great-grandson and let him know about the tombstone that seems to be the only Jewish relic in Antalya to have survived to the present day. Before long, I was in contact with a couple of Raphael Moshe Pizante's descendants from Israel to South Africa. I learned that their ancestors left Antalya in the early 20th century, heading first to Rhodes and eventually off to a variety of locations around the world. Eventually, another great-great-grandchild of Raphael Moshe's named Linda shared some of her family's photos, including one that we believe must be of Raphael Moshe himself. This emotional story has many elements. On the one hand, the story of Raphael Moshe and his descendants in many ways reflect the story of the wider Sephardic diaspora linking countries around the world through the migratory history of one family.

Back in Antalya on the other hand, the story of Raphael Moshe brings an even deeper significance to the tombstone as it no longer stands in the museum's garden alone as the only tangible reminder of the city's Jewish past, but also tells an ongoing story of a forgotten cosmopolitan city.

As such, my greatest hope is that local authorities will begin to take into consideration the immense importance of the tombstone, bringing it into the foreground of the museum's narrative of Antalya's history. Here from the left: Rafael Moshe's daughter Boulisa Benatar (born Pizante); born in 1885, died in Tel Aviv in 1952. Next to her, her son, Raphael Moshe's grandson, Raphael Benatar. The children; (starting from the left) Matilda, Louise, Olga. I am in contact with Olga's grandchildren.

**Special thanks to my friend Tiger Drummond for her help during this research, as well as my friends over at the Antalya Directorate of Cultural Heritage for their support.