Nesli Kohen, also known as Nesly K, is one of our communitys young talents who is continuing her education and life in the U.S... The music studies that had been in her life starting from her family environment, ever since she was very small, guided her helping her decide what to do in life. Kohen who is continuing her career as a teaching artist in New York where she is studying for her master´s degree, is also teaching kids music, giving modern vocal training to people of all ages, besides writing and composing songs.
Dora NİYEGO
SHARE ON TWITTER SHARE ON FACEBOOK
June 10, 2020 2090 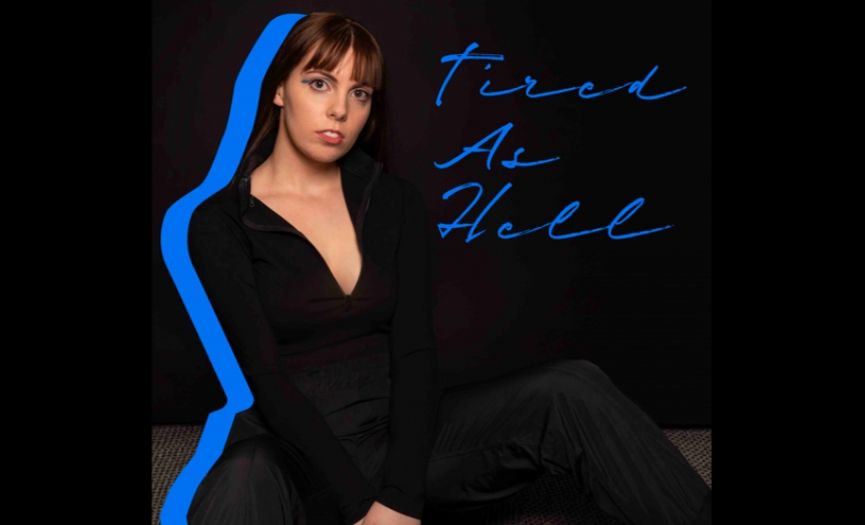 Let’s start by getting to know Nesli...

I am 25 years old; I was born in Istanbul. Besides being a vocalist, songwriter, and composer, I am teaching kids music and giving modern vocal training to people of all ages. Also, I am performing as a choir and acapella conductor. During my college education, I attended exchange programs in music and psychology fields, in Ireland and Denmark. For the last two years, I’ve been living in New York where I’m studying for my master’s degree.

When and how did your career in music start?

For as long as I can remember, music had been the center of my life. Ever since I was two or three years old, I used to sing and dance. I composed my first piece at secondary school while going through a tough time. Since then I’ve continued writing songs getting inspiration from my life, from people around me that I care about, from nature and the world. I spent my two summers in high school in Berklee College of Music’s performance program and got certificates on pop and jazz vocal.

I studied college at Wheaton College in Boston double majoring in psychology and music. After school, I started working with children and adults as music and vocal trainer. To pass on what I had learned for years and to witness their musical improvement is an extraordinary feeling. That’s why I decided to get my master’s degree in vocal performance, pedagogy, and music training and got accepted to Columbia University in New York. Right now, I am a ‘teaching artist’; besides being a teacher, I also keep on performing. I teach one on one in private lessons and working with choirs and acapella groups.

“ON SHABBAT EVENINGS, I WOULD PERFORM SHOWS FOR MY FAMILY, WHICH THEY HAD TO WATCH”

You said you were also intertwined with music when you were a kid. Could you elaborate further?

During my childhood, at home, at school, in the Jewish community, I was surrounded by different kinds of music. I watched in awe, my mother’s dual voice talent, my father’s violin melodies, and the way they started each day with music. On Shabbat evenings I would perform shows for my family, that I would prepare sometimes for days and that they had to watch. In later times, I used to spend most of my time in Hisar Schools’ choir and pop-rock orchestra and in Izzet Bana’s ‘Estreyikas D’Estambul’ Ladino Children’s Choir.

Where did you conduct choirs?

I started as assistant choir conductor for specific songs in the ‘World Music Ensemble’ at Wheaton College and my Pop – R&B Acapella group ‘Voices United to Jam’. Then I conducted the choir consisting of the students in the exchange program I attended in Ireland; directing them we performed the quadrophonic song I composed there.

After I graduated, I directed a children’s choir at a kindergarten named Rock and Roll Daycare in Boston. There, working on ‘Turkey’ theme, we produced a ‘Turkish Heritage Song Book’ in Spotify together with 2 to 5-year-old kids. I carried out the content defining, translation of songs, and singing for this project.

While studying for my master's degree, I became the ‘Soprano Division Leader’ in the Columbia University Teacher’s College community choir of 60 people. I conducted the songs in Turkish and Balkan languages on stage. Also, I became an assistant teacher for the ‘Chamber Ensemble’ class.

I appear as both a teacher and assistant conductor in the Kids’ Choir, Youth Choir, and Concert Choir established by Nicole Becker and in the musical theatre group ‘Singers Workshops’, led by the renowned vocal specialist Dr. Jeanne Goffi-Flynn. We also can list the many unofficial projects; like my acapella group named ‘Sing Easy’ which was founded and is being directed by me.

What are you working on these days?

I am giving private modern vocal lessons to some students at the Columbia University Teachers College. I graduated from the Music and Music Education postgraduate programs in May. My performances with the four choirs I talked about before, continue. I’m also working with Kerim Wilhelm, nominated for Grammy, in Brooklyn, both my original music and various cover arrangements at the Corner Studios. I use the name ‘Nesly K’ as a musician. I perform concerts at well-known music venues in New York City, like DROM, Mercury Lounge, and The Bitter End. In March 2020 my first single ‘Unnatural’, in April 2020 my second single ‘Tired As Hell’, in May 2020 my singles ‘Sure Honey’, Catch Kindred, and ‘Games’ have been broadcasted in platforms such as Spotify, Apple Music, YouTube, Sound Cloud and many more. I’m planning on presenting 7 or 8 songs in one or two years.

We would also like to listen to you in Turkey. Do you have such a project?

Unfortunately, there is no possibility or a project like that this year. However, I’m continuously airing live performances via my social media accounts, where everyone can attend. You can be notified of these performances if you follow my accounts: