If We Dont Give Up, Ladino May Live On

We talked with Henri Çiprut, the young member of the team who strive to spread and keep Ladino (Judeo Espagnol) alive through the Ottoman Turkish Sephardic Research Center, the future of Ladino.
Dora NİYEGO
SHARE ON TWITTER SHARE ON FACEBOOK
July 1, 2020 2486 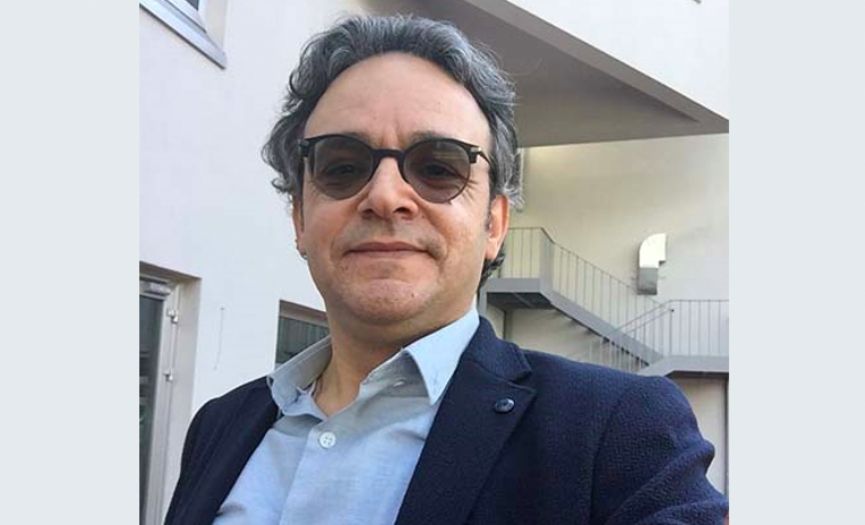 You are one of the younger members working with us at the Istanbul Sephardic Research Center coordinated by Karen Gerşon Şarhon and presided by Silvyo Ovadya. Could you tell us briefly the function of this institute and your contributions to it?

I met the Ottoman Turkish Sephardic Research Center a few years ago when I attended the Dia Internasyonal del Ladino (DIDL) in 2016. Later I sent an e-mail to Karen Gerşon in which I talked about my ideas for DIDL. They invited me to one of their meetings; and that was it. Ever since that day, I am helping them during the activities, trying to facilitate technical issues.

The institute has many other activities besides DIDL, though not very well known. Whatever is being published in Ladino in Turkey, is being cooked here in this kitchen.

You are preparing the presentations for the Ladino Day organized every year. Could you tell us briefly about the DIDL?

DIDL has become an important activity welcoming more visitors and attracting more attention every year. Thus, the preparations are getting harder each year. The team is made up of volunteers only. Young people are also supporting us now; this is great to see.

This is an activity where everything related to Ladino language and the Sephardic culture is celebrated. You can feel that Ladino is really living all day during the DIDL in Istanbul. Even during the coffee or lunch breaks, you can hear people speaking in Ladino.

You are speaking Judeo Espagnol language beautifully. You’ve also started to write in Şalom newspaper’s Ladino pages and El Amaneser. In our community, the number of young people who speak this language fluently is not much. How did you learn this language?

I actually don’t know how I learned this language. It might sound cliché, but I think I have an ear for it. At first, I’ve noticed that I could understand what I was hearing and reading. I then understood that if I pushed myself a bit harder, I could speak even write in Ladino. I cannot say I speak fluently but for a few years now, I count Ladino as one of the languages I know.

Now among the Judeo Espagnol writers of Şalom, we have three more young people. This is a happy and promising progress.

In countries around the world where Sephardic Jews are living, there are great efforts to keep the Judeo Espagnol language alive. Do you think these efforts will maintain the continuity of the language and the culture?

Let me answer this question in short: If we don’t give up; yes, they will. I’m not saying this because I’m an irreprehensible optimist. It is true that Ladino has many disadvantages compared to other Jewish languages. However, in the last 20 years, thanks to the internet, communities far away from each other have started to communicate. Though slowly, we see the outcome.

Today when we see various activities happening in many cities around the world, joint projects being formulated and followed through, if there is more than one way to learn the language, simply if we witness Ladino being used in social media, we can only be hopeful. There is a growing interest in Ladino both in Turkey and around the world.