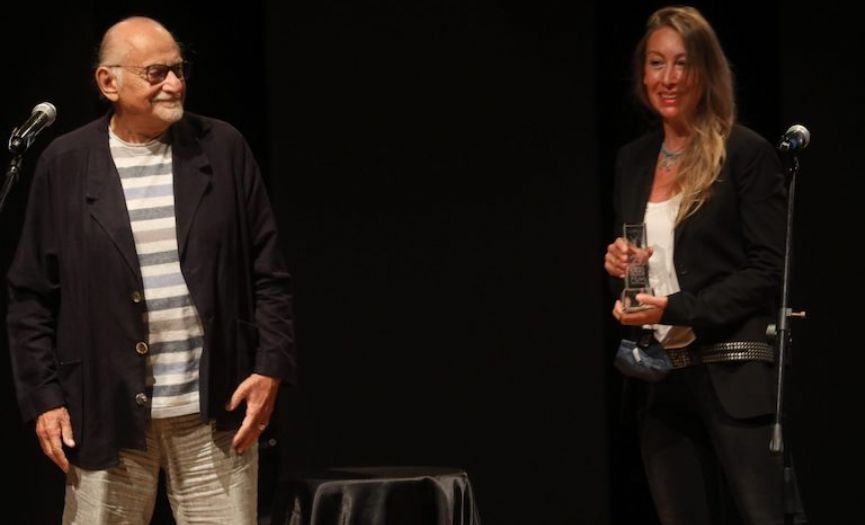 The awards for the 27th International Adana Film Festival were presented in a ceremony organized in Beşiktaş Sülayman Seba Culture and Art Center, on Sunday, September 20th. Viktor Apalaçi and Erdoğan Mitrani, our newspaper's Movie and Theater page writers served as jury members for the Turkish Film Critics Association (SIYAD) at the festival.

SIYAD's Best Film Award given in the name of Cüneyt Cebenoyan who had lost his life last year, was awarded to the film 'Not Knowing (Bilmemek)' written and directed by Leyla Yılmaz. Erdoğan Mitrani presented Leyla Yılmaz her award, who also has been chosen as the Best Director. 'Not Knowing (Bilmemek)' winning 5 awards in the 27th International Adana Film Festival, became the film with the most number of awards. 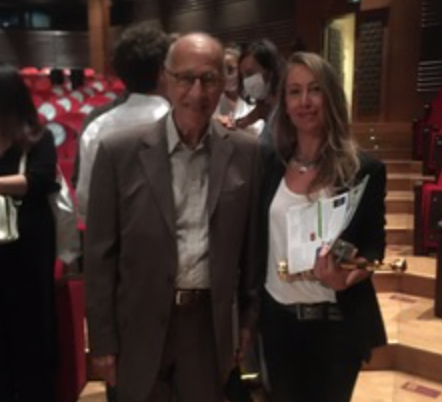 Leyla Yılmaz, as an answer to the congratulations message of Nusret Şen, founder and director of the 'Ortakoltuk' movie critics website, remarked, "Mr. Nusret, I was honored by your kind greeting. To be appreciated by a jury including my precious mentors like Erdoğan Mitrani and Viktor Apalaçi, is a distinct pride for me. I promise to work even harder and achieve better works, to be worthy of my valued mentors' appreciation. With my respect and love."