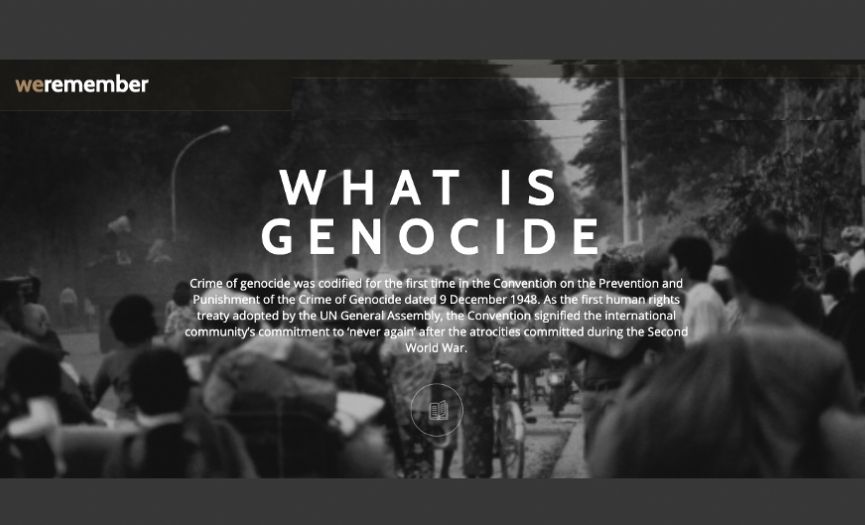 Important messages have been shared during the events organized in Turkey and all around the world, in memory of the International Holocaust Remembrance Day. The Presidency of the Republic of Turkey Directorate of Communications opened a website titled 'WeRemember' to remember the massacres and the victims in various countries, not to live through these kinds of agonies again, and to remind all the people of their responsibilities. There is also a Holocaust section on the website, where there are information and messages about Holocaust.

President Tayyip Erdoğan has also shared a meaningful video message via the website 'weremember.gov.tr'. In his message, Erdoğan said, "We call on the international community to take the necessary measures to prevent tragedies such as the Holocaust, Bosnia, Rwanda, and Cambodia from happening again. We should be saying 'Stop' to the Islamophobia and Xenophobia which have increased immensely with the influence of digital platforms and media." Mentioning that the violent attacks towards the places of worship like mosques, synagogues, and churches have increased, he drew attention especially to the fact hate crimes towards people with different ethnicity, religion, language, and appearance are escalating every day. President Erdoğan also added, "We invite all humanity to adopt a global attitude towards genocide and crimes against humanity and to display this attitude with determination."