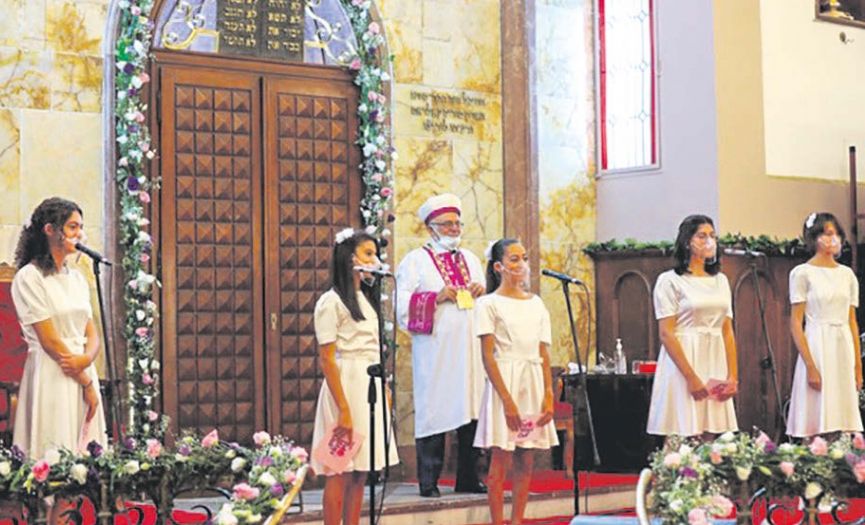 The collective Bat mitzvah ceremony of the Annette Bat-Mitzvah Club which had been postponed because of the pandemic was realized, though belated, on Sunday, September 12th, in the Neve Şalom Synagogue.

During the ceremony, organized in two groups in order to limit the crowd at the synagıgue, social distancing rules were abided by strictly.

As opposed to previous years, only the nuclear families of the bat mitzvah girls participated in the ceremony that was organized twice; once in the morning and once in the afternoon. Everyone was moved by the sight of the young girls coming into the synagogue in their father's arms.

The young girls, who entered the synagogue with the songs performed live by the famous singer Cenk Rofe, added color to the ceremony also with the songs they have sung. 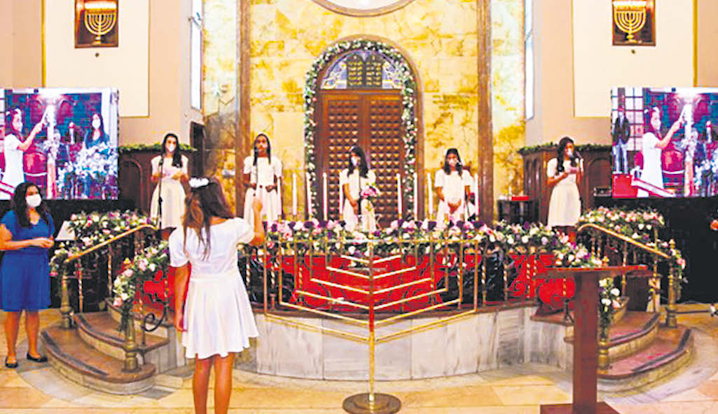