The Museum of Turkish Jews, as a groundbreaking development in Turkey, is bringing together the archeology and history professionals and enthusiasts, with a new exhibition shedding light on the 2600-year history of Jewish existence on the Anatolian lands. ´Jewish Identity Engraved on Stones´ Exhibition is being opened on November 4th (today) at the Zülfaris Synagogue.
SHARE ON TWITTER SHARE ON FACEBOOK
November 4, 2021 529 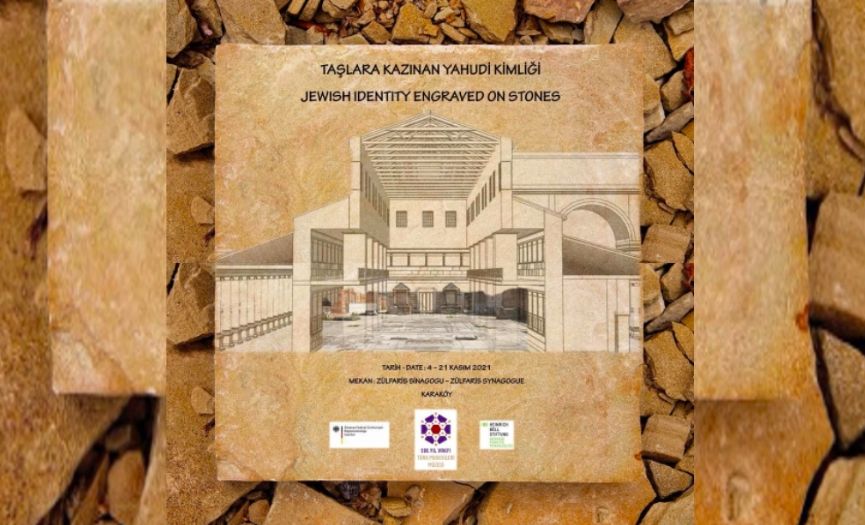 The Quincentenial Foundation Museum of Turkish Jews' exhibition titled 'Jewish Identity Engraved on Stones' will be open for visiting at the Zülfaris Synagogue, between November 4th and 21st, from 10:00 until 17:00 hrs., except for Saturdays.

The exhibition is bringing to light the history of Jews in Anatolia along with pieces of evidence, in collaboration of architect Çiğdem Öner, and the directors of the ongoing archaeological excavations in Anatolia and academicians, and with the financial support of the Consulate General of the Federal Republic of Germany in Istanbul and the Heinrich Böll Foundation Turkey Representation.

When Jews came to the Anatolian lands 2600 years ago, they came especially for commerce in Anatolian and Thracian residences and settled in ancient cities. Archaeological excavations are presenting us with concrete findings such as tombstones, inscriptions, objects, and synagogue ruins certifying the Jewish existence in this region.

The concrete findings on Jewish existence revealed by the exhibition, are being displayed by regions. All detailed information about the Andriake, Sardis, Priene, Limyra, Miletus synagogues, and Side Synagogue which was discovered recently, also, the three-dimensional restitution proposals of the structures and models of some are being shared with the audience.

The excavation directors of the mentioned archaeological regions have supported the restitution studies concerning the synagogue buildings with their feedbacks. In the exhibition where a model of the Sardes Synagogue will take place, the visitors will also have the chance to watch a movie produced by Ariel Goldenberg, portraying a brief summary of the exhibition.

The 'Jewish Identity Engraved on Stones' exhibition in the nature of an invitation to emphasize the Jewish existence in Anatolia and further research this subject, will offer an interesting perspective to especially the archeology and history professionals as well as enthusiasts.

In addition to the exhibition organized under the scientific consultancy of Research Writer Siren Bora, the exhibition book including the articles of the academicians and excavation directors will also be presented from the Museum of Turkish Jews Publications to the interested parties.