The third edition of the Izmir Sephardic Culture Festival, which had been organized for the first time in 2018 in order to protect and preserve the cultural heritage and diversity of Izmir, will take place between the dates of November 28th and December 6th.
SHARE ON TWITTER SHARE ON FACEBOOK
November 25, 2021 375 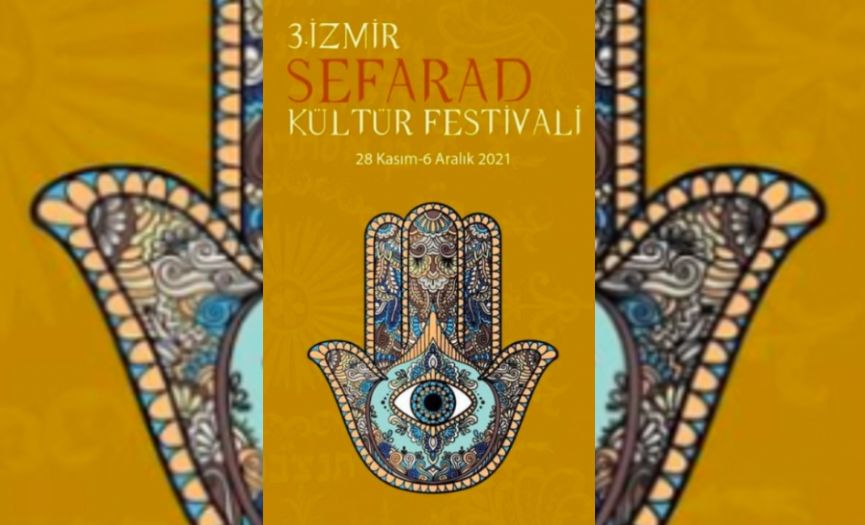 In the context of the festival where Izmir Sephardic Culture will be introduced, various activities in many different locations will take place in order to protect the city's heritage and open up this heritage to the world.

The opening ceremony of the festival, which will begin with the tour of the synagogues together with guides on November 28th, will take place along with Barbara Yoaf's Bat Mitzvah Exhibition in the Etz Hayim Synagogue. In Signora Giveret Synagogue the festival that will go on with Dr. Siren Bora's Old Jewish Quarter themed conference titled 'The First Judeira' and Birol Üzmez's 'Cortijos [Kortejos - the old farmhouses]' photography show on Tuesday, November 30th, will feature Nesim Bencoya's 'Izmir Jewish Cultural Heritage' presentation on December 1st. The same evening there will be a Pecha Kucha style presentation titled 'Cultural Heritage Initiatives' in the Portuguese Synagogue.

On the evening of Thursday, December 2nd, following the 'Sephardic Architecture and Synagogues in Izmir' conversation with Dr. Mine Tanaç in the Signora Synagogue, the film 'My Sweet Canary' about the Rebetiko Legend Roza Eskinazi will be screened in the Portuguese Synagogue.

The festival where Sara Pardo's conference themed 'Spanish and Portuguese Sephardic Jews' Contributions in Science in the Middle Ages' will take place on December 3rd in the Signora Synagogue, will continue with the 'Sephardic Songs from Thessaloniki' concert on Saturday, December 4th in the Etz Hayim Synagogue.

In the 'Inspirations from Spain to the Ottoman' concert that will take place on Sunday, December 5th in the Hevre Synagogue, Ulrich Mertin, Nermin Kaygusuz, and Serdar Somuncu will perform works of Jewish and Turkish composers from the Ottoman era.

On December 6th, there will be a Hanukkah Candle Lighting Ceremony in the Etz Hayim Synagogue. The same evening with the 'Hebrew Romance' concert featuring Isabelle Durin at the violin and Michael Ertzschel at the piano, the festival will come to an end.