Soros foundation pulls out of Turkey after criticism from Erdogan 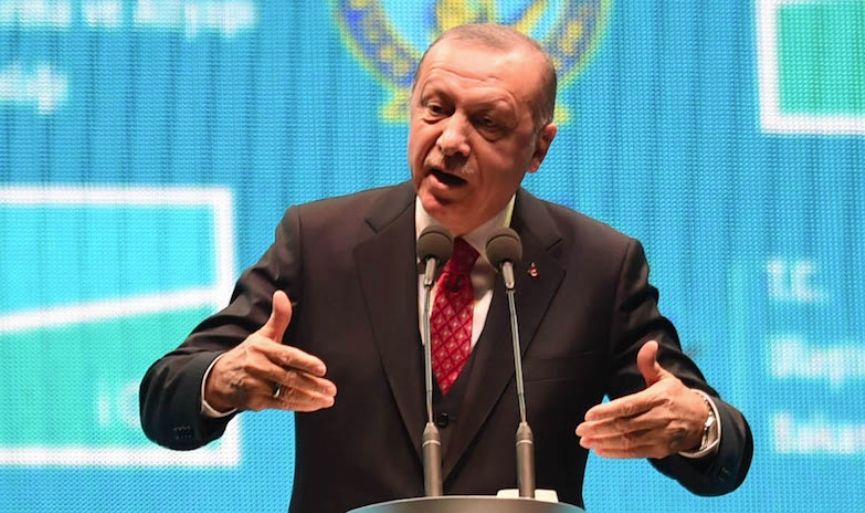 The foundation financed by Jewish billionaire philanthropist George Soros is pulling out of Turkey, days after the country’s president accused Soros of trying to “divide and tear up nations.”

The Open Society Foundations announced Monday it would cease operations in Turkey, saying that the “baseless claims” against it made it impossible to continue its work promoting democracy.

In his speech to local officials, Erdogan referred to him as “the famous Hungarian Jew Soros,” and said that he “sends people across the world to divide and tear up nations and uses the large amount of money he possesses to this effect.”

Soros’ support for liberal and pro-democracy forces has led to accusations that he is working to undermined elected  governments in his native Hungary and is the force behind grassroots protests in the United States, his adopted country. Many observers say the criticism of Soros often plays on classic anti-Semitic tropes of secretive global control. The Hungarian government launched an ad campaign against Soros last year, which also prompted concerns about anti-Semitism.

The foundation pulled out of Hungary earlier this year.

More recently an investigation found that a Republican-led opposition research company hired by Facebook tried to discredit critics of the social media giant by linking them to Soros. After letting the firm go, Facebook leaders Mark Zuckerberg and Sheryl Sandberg both issued statements denouncing anti-Semitism.