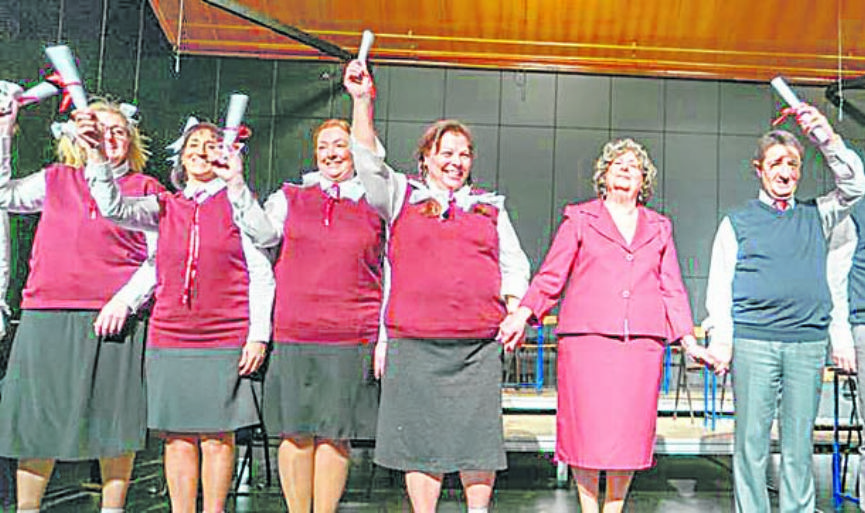 The annual Ladino Day event attracted considerable attention not only from Turkey, but also from Ladino language lovers from other countries.

The event kicked off with speeches given by Ottoman-Turkish Sephardic Cultural Research Center Coordinator and Editor of Salom Newspaper’s El Amaneser supplement in Judeo Espanyol Language Karen Gerson Sarhon and former leader of Turkish Jewish Community Silvyo Ovadya. After Sarhon and Ovadya introduced the guests coming from other countries, they talked briefly about the organization’s activities. The Center had released various music CD’s and published books in Judeo Espanyol language. The center also had conducted interviews with elderly people who spoke the language to be archived in universities abroad. Sarhon and Ovadya also talked about their new project that involves republishing the book ‘Dichas y Proverbos’ written by late Klara Perahya and her friends. The revised book will include Judeo Espanyol comments and remarks in addition to the original content.

After Sarhon and Ovadya, Lior Publishing House’s Director and Vice Chairman of Aki Estamos Association in Paris François Azar gave a speech. Azar explained how he learned Judeo Espanyol from Sephardic jokes. He also said that for the last couple of years, they have been publishing joke books in Judeo Espanyol language. The jokes depict Sephardic traits, Sephardic traditions and customs. Later, he told a couple of jokes from the books.

Taking the stage after François Azar, Suzet Herman, Seli Gaon and Anna Eskenazi put on the skit ‘Las Milizinas i las Komidas Sanas’ (Remedies and Healthy Food) and got the audience rolling in the aisles.

In another skit, Selin Toledo and Can Evrensel played a young husband and wife and portrayed different pronunciations of some words in Judeo Espanyol based on different regions.  After the skit, Yuri Sasson from Spain took the stage and explained the details of their cooperation with Ottoman-Turkish Sephardic Cultural Center. Sasson said that they are now working on a book project in an effort to preserve the Judeo Espanyol language. He also said that even non-Jewish people are working with Sephardic people to learn about the history.

Following Yuri Sasson, Christine Marie Varol, a department head and the archive director from Sorbonne University, Paris took the stage for her speech. In her speech, Varol said that she had written a text book in Judeo Espanyol and she also has three other books published in Judeo Espanyol. She added that since her husband is a Turkish Jew, she has been to Istanbul numerous times and after hearing for the first time her mother-in law speaking Judeo Espanyol, she fell in love with the language.

After Christine Marie Varol’s speech, the play ‘Los Machukados’ written by Forti Barokas was put on stage. The comedy play was about a group of lazy students in Judeo Espanyol class trying to drive their Judeo Espanyol teacher crazy.

The event ended with a music performance by talented singer and vocalist Cenk Rofe, conductor Cefi Saglamlar and his band members. The performance included nostalgic songs in Judeo Espanyol and modern Spanish languages.

We would like to congratulate first and foremost Silvyo Ovadya and Karen Gerson Sarhon and then all the members of Ottoman-Turkish Sephardic Cultural Center for this successful event and hope to see this event being organized every year with the same enthusiasm and success.