Theatre actor and play director Nedim Saban puts the story of autistic Christopher Boone, one of the most beloved heroes in world literature, on stage for Turkish theatregoers.
SHARE ON TWITTER SHARE ON FACEBOOK
March 11, 2019 1668 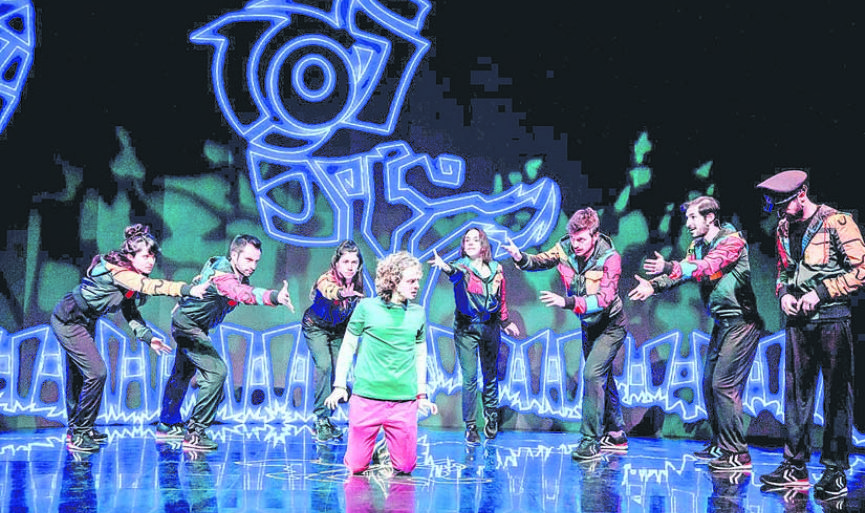 You place great importance on literary adaptations. How did you decide on adapting the novel “Super Good Days” and putting it on stage? Where did the idea for this project come from?

It’s one of Mark Haddon’s best-selling novels. It is a cult book which has been read by millions. It’s been adapted for stage by National Theater. We are putting Simon Stephen’s adaptation on stage.  It’s been playing in London for 8 years. A long time ago, three of my friends on three different occasions told me that this play would suit my soul. On one of my trips to London a friend of mine who lives there also told me, “There was a play which ended yesterday. I wish you could have seen it.”. I thought then, if it had ended yesterday, they must be going on the road for tour. I was right. I managed to catch up with them outside of London after three and a half hours drive. I watched the play with great excitement, and I was amazed. I told myself “I’m going to do it”. It has been two years…

Before putting the play on stage, did you make any research about autism and autistic individuals?

I had the script in my hands. Other than my native language Turkish, I also speak English, so I could have translated the script to Turkish within 10 days. But, some of the autistic children have speaking issues. I couldn’t figure out how to make the main character in the play speak. Yes, the author did write some words for the character, but how would this kid say these words? So, yes, we did have a long period of research. For nearly a year, we worked together with autistic individuals. We played games with them, we frequently visited Tohum Autism Foundation. Also, the translation process was important. The inspiration for the translation of this play came from Mesut Uygun who has Asperger Syndrome. He is one of the best car illustrators in the world. We saw him on a TV show and made an appointment to see him. Autistic individuals need a safe environment. This sometimes requires silence and tranquility. On the other hand, Mesut needs totally the opposite. He needs lots of stimulants around him. So, we met with him at the food court of a mall. This way it would be crowded, and Mesut would not be frightened. We started talking, but Mesut wasn’t talking. Then out of the blue I asked him, “Mesut, what color do you think is today?” This time, he answered through his father and his answer was, “I think, for now it’s orange.” This sentence is in the play verbatim. I said, “Okay, then” and went running home and completed the translation. There is a text, there is a book and there is the adaptation. However, to retell the story, a six-month research period was necessary. The ‘for now’ in Mesut’s answer was very important since in the play when our kid sees five red cars back to back on a day, that day is deemed a “super good day”. Therefore, the answer “For now, it’s orange” paved the way for me.

The play ‘Super Good Days’ blends acting, choreography and technology. The decor includes an 80 meter-square wide LED screen and through 3D animations you reflect Christopher Boone’s world and perceptions to the audience. Can you give some information about that?

I got really excited after seeing this play in UK. We thoroughly reviewed the technologies they used and tried to assess whether we were capable of using the same technical specs and visual effects. Then we came across the right person to do this project:Tufan Dagtekin. Tufan Dagtekin designed all the visual effects in a ten-month period. Then we worked with Kerem Cetinel, one of the best set decoration and lighting designer in Turkey and completed the preparation process with success.