Yunus Emre Institute, a world-wide non-profit organization established with the goal to promote Turkeys multi-cultural heritage and legacy around the world, opened a photography exhibition in London, on March 8th.
SHARE ON TWITTER SHARE ON FACEBOOK
March 17, 2019 1506 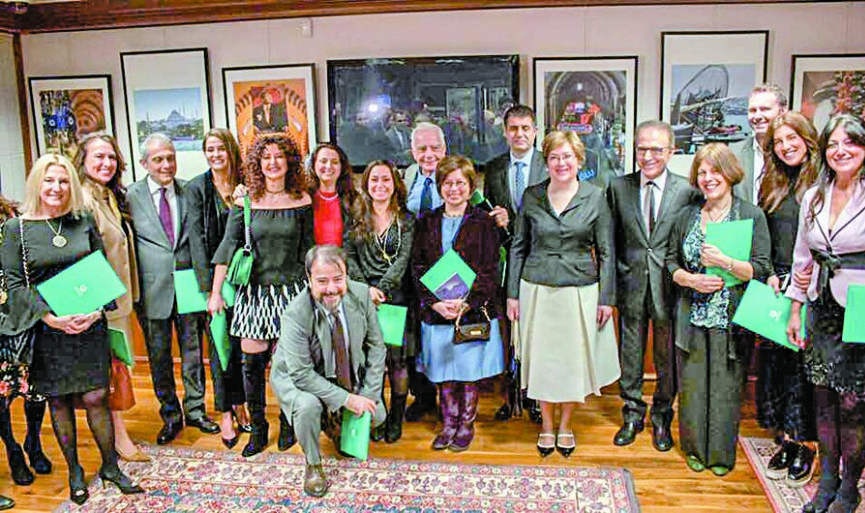 The exhibition, “The Magnificent Spice Bazaar”, curated by Terry Katalan features the Spice Bazaar, one of Istanbul’s most mysterious and iconic landmarks. The exhibition highlights the many colors of Turkish culture.

The exhibition captures the Spice Bazaar under the influence of cultural and social evolution from different angles through photos taken by 19 acclaimed Turkish photographers. The featured photographers represent diverse cultural backgrounds including Muslim, Jewish, Armenian and Greek. Late Ara Guler, a world-renowned photographer, who with his photos documented Turkey and the world for almost 70 years, is among the photographers. His photographs from Dogus Group Collection will be on display during the exhibition.

At the opening of the exhibition a discussion session was held about Priscilla Mary Isin’s book, “Bountiful Empire: A History of Ottoman Cuisine” in which Isin examines the culinary culture in Ottoman period.

The exhibition which also aims to build a cultural bridge between London and Istanbul will be open until March 22nd. The sponsors of the exhibition hosted by Yunus Emre Institute include Turkish Embassy in London, Turkish Airlines, Ara Guler Museum and Dogus Group.