Anne Frank  A History for Today Exhibition is now in Mersin 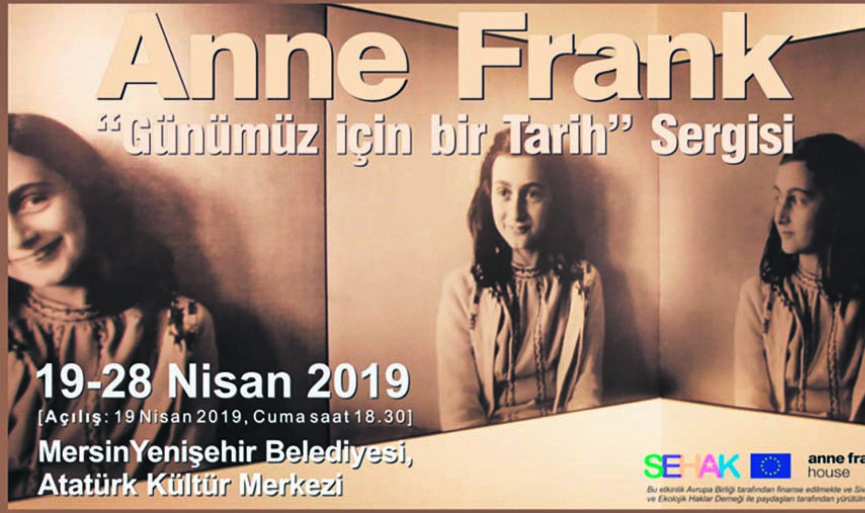 The exhibition which is a collaborated project among SEHAK (Civil and Ecological Rights Association) and Anne Frank House in Amsterdam, now opened its doors in Mersin.

The exhibition consists of photographs, texts in Turkish and English, 34 conference sessions about the time period between 1930 and 1945. The exhibition focuses on the tragic life of Anne Frank while concentrating on the rise of the Nazi regime, the circumstances and the duration leading to the Holocaust, the heinous Nazi persecutions towards millions of people primarily the Jews and the lessons that have to be taken from this era.

The excerpts taken from the diary of Anne Frank and the photos of Frank family, are guiding the visitors into understanding this tragic story. Exhibition communicates the themes of prejudice, racism, fanatical patriotism, persecution, tyranny, resistance, human rights and democracy, through memoirs and eyewitnesses' stories.

In its context, it stands as a valuable textbook material for high school students and young people, as well as appealing greatly to the adults. This travelling exhibition having been displayed in a lot of European countries and various cities in Turkey like Istanbul, Izmir, Bursa and Çanakkale, has already been visited by millions of people.

The Anne Frank exhibition in Mersin will be running through April 28th.