An extraordinary documentary from Ilana Navaro: "Josephine Baker - The Story of an Awakening"

In her new documentary, Ilana Navaro depicts the extraordinary life story of African American performer Josephine Baker who left her mark on the first half of the 20th century. Navaros new documentary focuses on world renowned jazz performers life with a touch of female sentiment and restores the artists reputation.
TUNA SAYLAĞ
SHARE ON TWITTER SHARE ON FACEBOOK
July 15, 2019 4497 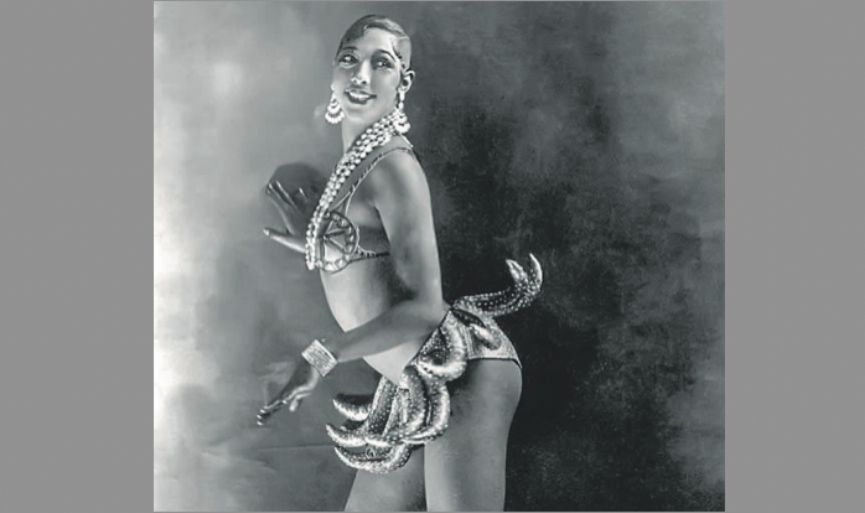 In her new documentary, Ilana Navaro depicts the extraordinary life story of African American performer Josephine Baker who left her mark on the first half of the 20th century. Navaro’s new documentary focuses on world renowned jazz performer’s life with a touch of female sentiment and restores the artist’s reputation. Baker’s extraordinary life, including her famous banana dance and her role in the French Resistance, was presented to the audience at DOCUMENTARIST Documentary Festival that took place in Istanbul.

At first Ilana Navaro was hesitant when ARTE offered her to direct the Josephine Baker documentary. However, later when she researched the artist’s in-depth life story, she realized that this documentary wouldn’t just be the story of little Josephine coming from a poor family living in Missouri, but the story of Europe’s awakening. From that moment on, she decided to approach the story from a totally different perspective, which the majority of people did not want to see, focusing on the milestones in Baker’s life. This way, a fabulous documentary revealing the first African American superstar Josephine Baker came to life, demonstrating her courage, humanism and rocky life.

The documentary uses rarely seen archive footage. Co-produced by France and Belgium in 2018, the documentary was first aired on French-German TV Channel Arte. Later the documentary was bought by several TV channels from 19 different countries. The editing was done by Véronique Lagoarde-Ségot, director of sound is Jean-Luc Fichefet. The producers are Juliette Cazanave and Kepler 22 Productions.

We talked with Ilana Navaro about her documentary.

With this documentary you directed, you got the chance to really learn about cabaret dancer Josephine Baker’s life. What was Baker like for you?

Baker was an entertainer who was wildly famous in France for her ‘Banana Dance’ in 1920’s. This was indeed a cliché and a racist image for such a character. She was also known by her role in the French Resistance and later the “Rainbow Tribe” which she put together. As an African American, Josephine Baker played the role she was given to her in 1920’s France. She didn’t have any other choice to succeed, anyway. However, all through her life, she tried to make this role more positive. The documentary I directed is depicting this very transformation. Josephine Baker was indeed a humanist fighting against racism, but this aspect of her life was rarely acknowledged at that time.

Which aspect Baker’s life did you specifically focus on in your documentary? Why?

The documentary sheds light on Josephine’s political awakening. She used the role she was given by the people and became a star; she used her stardom to fight racism. This was the story I wanted to tell. Baker was the world’s first African American superstar. Today we are used to seeing African Americans in power such as Obama, Beyoncé and Michael Jackson. Baker paved this way in 1920s. Josephine was the first African American who paved such a way and became a world-wide star, yet was exposed to racism at the same time.

From Banana Dance to human rights advocate… How did she reach such a maturity?

Josephine was the world’s most recognized star in 1920s. However, when she returned to USA in 1936, no hotels gave her a room. The reason was because she was an African American woman. She realized that even though she was a star, she couldn’t escape from racism. After this, she changed her life drastically. When she went back to France, she joined resistance alongside Charles De Gaulle who started the fight against the Nazis in World War II. She used the advantages of being a star and spied for French Resistance. After the war, she fought for black people’s human rights in her own country. She dedicated her life to fight against racism.

Can you tell us about the story of the family Baker built for herself?

In late 1950’s, Josephine adopted 12 children from different countries with different faiths. She raised those children in a chateau in France. She named her family the ‘Rainbow Tribe’. Among her adopted children were Japanese, Korean, Algerian, Finnish, Colombian and Ivorian. She wanted every ‘race’ and every ‘religion’ to be represented and prove that all people could live together in peace. There was a Jewish boy named Moise among her children. She had found this boy in an orphanage in France. However, it’s not officially confirmed whether this boy was really Jewish. She paid extra attention to make sure that every child was educated according to their religion. She was even bringing Shintoist, Buddhist, Muslim, Catholic, Jewish and Protestant clergymen to her chateau. This was actually a bit too overwhelming for the children since not all of them necessarily felt a genuine connection to any religion. According to what we have been told, Moise used to run away from the Rabbi who was brought to the Chateau to teach him Hebrew. He even used to jump in the swimming pool every time the Rabbi came. Josephine had wanted to create a small scale of the ‘ideal world’. The siblings are close-knit even today. So, it wouldn’t be wrong to say that she did accomplish her goal. In the documentary, you did an amazing job with the archives. Also, the footage taken today is consistent with the film’s fabric. Can you tell us a little about the technical aspects of the film?

The documentary is totally based on archives. We have found some undiscovered archive footage in some of the countries. Of course, there were some footage which had already been seen since Josephine was the most photographed woman of that time. However, we had to bring all these materials to life. Most of our archive footage belonged to silent motion picture era. For example, the footage in which Josephine was dancing had no sound. We consulted jazz experts to be able to figure out which songs or tunes she was dancing to. We added sound to all archive footage during the editing phase. This way, the footage looked as if they were taken today, not a century ago. Born in Istanbul, Ilana Navaro studied Sociology in New York. After earning her degree, she worked as a TV reporter in NTV Turkey during NTV’s early years. In 2001 she moved to France and since then she is producing documentaries for French television channels (Arte, France 3, France 5) and radio channels (Arte Radio, France Culture). Among her documentaries are “They Came to Take Me” (2001), “Female Boxers” (2009), “Small Deals with Love” (2013). Her muse is ethnic and religious minorities.