Azra Kohen: I am continuously fighting my prejudices.

One of our days most popular writers, Akilah Azra Kohens new novel See Me: The Story of Two Eras has reached a high number of sales. Kohen, in her new novel, tells the story of a love that sprouted among two very different characters, at the time of the transition from the Ottoman Empire to Turkish Republic.
Zehra ÇENGİL
SHARE ON TWITTER SHARE ON FACEBOOK
August 16, 2019 3725 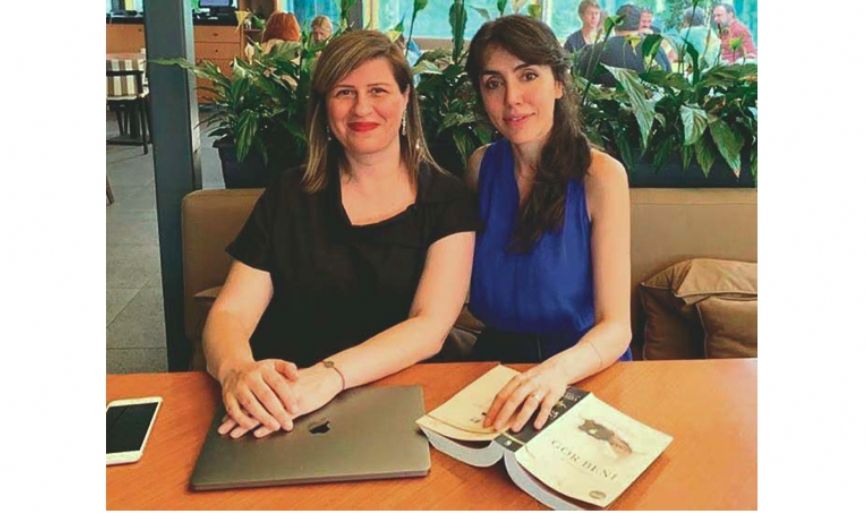 We talked about the effects of political views on relations, women’s role and importance in society, with Azra Kohen. The writer, indicating that she is telling a story about trying to shatter the prejudices in her book, adds that “I also have prejudices. I am always fighting them. I’m always fighting myself trying to be a better me.”

Are you happy of the interest shown in your novel?

I am very happy. I studied for four and a half years for this book. I had listed what I wanted to know. For example, I was wondering about the defamation of Atatürk’s being an English spy. Our minds have been mixed up on a lot of subjects for the last ten years. Libels like these were fabricated about the founder of our own Republic. I wanted to answer these.

What kind of a preparation process did you go through?

I went to England. In the British Library, I read all the correspondences of Lord Curzon who had been a minister and personally dealt with issues concerning the Ottoman, back then. During my researches I realized that we will only be as strong and fortunate as we embrace each other. In ‘See Me’ we are witnessing Ülkü and Selim’s sad heart breaking love. Is it possible for two people with so different political views and opinions of life, fall so epically in love, in our days?

Absolutely, because love, at first, is hormonal. We have to understand what is directing the hormones. Life gives us what we need. We learn from our opposite, the most, so don’t disregard him/her. When you decide to understand him/her, is when you take the steps closest to being whole.

“People who speak ill of Atatürk have no honor”

In ‘See Me’ you talked about real characters. Did you have a special interest on them, did you study them?

The character ‘Ülkü’ is my grandmother, she’s the one who raised me. My grandma was a very strong person. She was extremely fond of all kinds of life. She used to ride horses, was able to use rifles. ‘Selim’ is also someone from my family. The story takes place during the time of the transition from Ottoman Empire to Turkish Republic, because that era is very close to today. The day will come when everything will change. Atatürk worked very hard and set up factories and institutions for the Republic, to be a system that can function properly. He settled these institutions in a system owned by the people. This is why speaking ill of Atatürk is both a sin and immoral.

In fact, bringing the people from so different cultures together, you’re also shattering the concept of ‘prejudice’. Doesn’t Azra Kohen have prejudices for some people in life?

I am not sure I am able to shatter them, for now I am trying to, with books. If necessary, I am also ready to use a hammer. I have my own prejudices. I am continuously in a war with them, fighting them. Ülkü was born to a land where woman has learned not to be defeated, for you this is an epigenetic inheritance. How would the insults, humiliations and impudence towards women, end?

A society humiliating its own women, is going towards a future that will end with slavery. That society is always plundered. Woman, in its most basic form, is the organism that gives birth to the society. The culture you are going to create insulting society’s mother, will curse the society. You are as strong a community as you can protect the mother, the woman.

Is the world really full of incomplete men, ‘who declare themselves men solely from the pieces they tear apart from the women’?

If not, we wouldn’t be fighting so much for women’s rights.

Would you like this book to be made into a movie?

I already wrote the book in a format that can easily be transferred to the silver screen, and everyone said “We haven’t read it, it’s as if we have watched it.” It will be with the right and true-to-their-word team.

You are getting ready to open up a bookstore. What else are you doing?

We are opening a very nice bookstore, together with my editor Funda Acar. I wanted it to be a center where everything is about books, where booklovers can meet. It is a three storey building with an organic restaurant in it. I hope it will become a place where we welcome a lot of writers. Our aim is to increase the book reading ratio in Turkey, to 20 percent via out-of-the-ordinary methods. Now it’s 1 percent.

In addition, we have an institution named “C’mon Movement (Hadi Hareketi)”, where we are 19 people. We are building libraries, working in social services, covering the school expenses of children in need. Currently when I’m not working, I’m dealing with all this stuff.