Israels second biggest city, Tel Aviv, is on the Mediterranean coast. The city where 400,000 people live in, is known as the cultural and economic center of Israel. Here are ten things you should know about Tel Aviv...
SHARE ON TWITTER SHARE ON FACEBOOK
August 28, 2019 1850 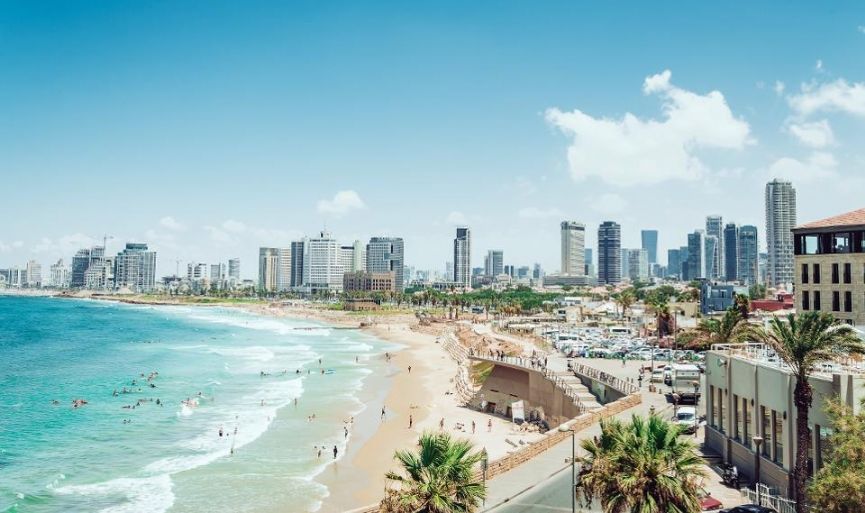 By Lal Dina Roso
1.     National Geographic chose Tel Aviv as the 9th in the ‘Top 10 Beach Cities in the World’ list. 2.     Tel Aviv University, which is the biggest university in Israel, is listed among the ‘World’s Top 100 Universities’. Recently, the researchers in Tel Aviv university, has developed a cure for the most aggressive and presently incurable blood cancer called mantle cell lymphoma (MCL). 5.     The most interesting architectures in Tel Aviv, which together form the region called the ‘White City’, are the 4000 Bauhaus-style buildings. The white buildings, which form an area that was designated a World Cultural Heritage Site by UNESCO in 2003, were generally placed on columns and have straight roofs. 6.     Beit Hatfutsot, museum of the Jewish People in Tel Aviv, is an expert on Judaism and Jewish Diaspora. The museum in Tel Aviv is the biggest in the world. 7.     Every Tuesday, an activity where around 300 roller skaters skate on the streets, is organized. The event which at first only the young people took part in, now attract people of all ages. 8.     Tel Aviv was found by the Jewish people in Jaffa in 1909. The families who didn’t know what to do with the land organized a lottery with 66 gray and 66 white seashells. That was how the region was separated among the families... 10.   Israel declared its independence on May 14th, 1948. Tel Aviv was the State of Israel’s government headquarters, until December 1949 when the government was moved to Jerusalem.