Hostility to Israel and the recent invasion of Syria are not deterring Israelis from traveling to Turkey for vacations or connection flights - if the price is right.
SHARE ON TWITTER SHARE ON FACEBOOK
October 22, 2019 1833 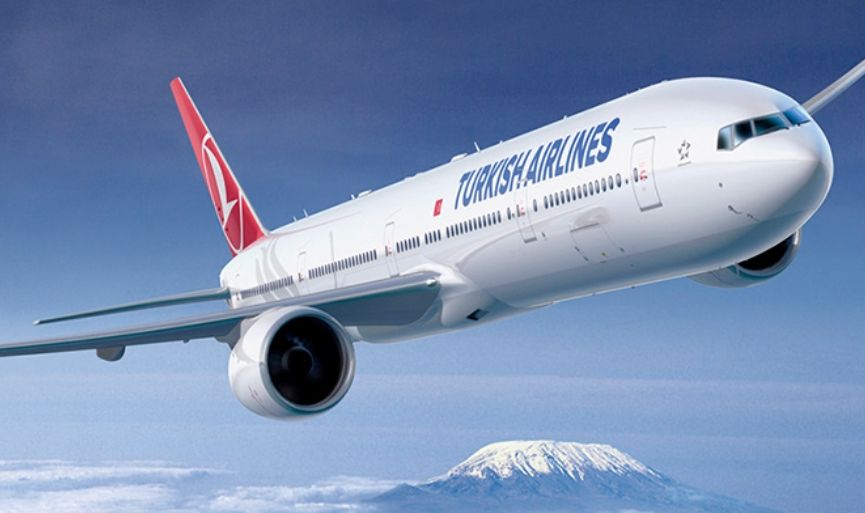 "As long as you take $20 off the ticket price and the airline is a good one, I really don't care where I fly through." This is the attitude of passengers portrayed by Alice.co.il co-CEO Yaniv Schuldenfrei. He says that even the Turkish attack against Kurdish targets in Syria and the calls on the social networks to boycott Turkey in the tourist industry in recent days have not changed this attitude.

"The number of passengers flying via Turkey is growing and is not being affected by recent events. What matters to the passengers is mainly the price," Schuldenfrei says.

Schuldenfrei emphasizes that Turkish Airlines, which operates 10 daily flights on the Tel Aviv-Istanbul route, is not the only one experiencing an increase in its passenger traffic; the other Turkish airlines, AtlasGlobal and Pegasus Airlines, are making headway with Israeli passengers. The price from one point to another with a stop in the middle can save passengers 50% or more of the cost of a direct flight. This plays a key role in savings and effectiveness, which is an important factor for many passengers.

Schuldenfrei also sees no change in demand for flights via Aeroflot as a result of other calls not to through or to Russia, following the severe verdict against Naama Issachar by a Russian court. Issachar flew to Israel from India with a stop in Moscow, where she was arrested and sentenced to 7.5 years in prison for possession of 9.5 grams of illegal drugs.

"A year of growing demand for Antalya"

Issta VP marketing Ronen Carasso sees a similar trend in passengers from Israel to Turkey. "Not only have there been no requests to cancel flights booked with the Turkish airlines, but 2019 will go down as a peak year in traffic from Israel by vacationers, who boycotted Turkey for years as a vacation destination, ever since the Marmara flotilla incident off the Gaza coast in 2010. A year before the flotilla, traffic of vacationers from Israel to Antalya totaled 540,000 for the year, and the number since plummeted to 80,000 a year. There were real boycotts, and this destination was wiped off the map of Israeli tourism.

"This has now been reversed. We will finish 2019 with 480,000 vacation passengers in hotels in Antalya. 65% of them are Israeli Arabs, but a considerable number of Jews are calling this the ultimate vacation. Turkey has built over 100 clubs n recent years, including attractions for children and families. Turkey has decided to return to the tourist map, which has been hit hard in recent years. The numbers speak for themselves: 40 million foreign tourists visited Turkey over the past year."

Amsalem Tours vacation packages manager Hadar Carmel agrees. "Surprisingly or not, I can say that we feel no effect from Turkey's actions in Syria on outgoing tourism from Israel," he says. He highlights the distinction between Turkey as a tourist destination, mainly in the Antalya region, and Turkey as a destination for continuation flights. He further emphasizes the timing of the events at the end of the tourist season. "Someone who has already made reservations for Sukkot and this period has already flown, or will fly right around now. We've had no requests for cancelations at all."

Carmel also called 2019 "a year of great awakening for Antalya and Turkey… Had the attack in Syria taken place six months ago, we might have seen an effect on tourism to Turkey. Since the Marmara events, however, I think that the dam has burst, and Antalya has returned to the market in a big way. The reason is that it is such a good tourism product that gives the best value for the money. Time has had an effect. Like word of mouth from Israeli tourists visiting Aqaba or Taba, and also in Northern Cyprus, people return and talk enthusiastically, which encourages others to go there, and the same thing is happening with Turkey. Only someone who has been there can understand the luxury of the hotels, the all-included packages with crazy abundance, with no star rating.

"The prices are also encouraging growing numbers in tourism from Israel and in general. It's not as cheap any more as it was in the bad period in recent years, when demand was poor, but the return for the money is still enormous. As far as we're concerned, we're not marketing Turkey. Antalya is not our main destination, but the vacationers, Arabs and Jews, who come back from there very satisfied, are doing the marking work themselves. There are still those refusing to fly to Turkey for ideological reasons, but they are marginal."

The vacation habits in Antalya, incidentally, leave most of the vacationers in the area of the hotels. "They devote one day to shopping in the mall in the area, and that's it. In contrast to Batumi, Antalya is not a destination that also sells the surrounding attractions. There's no reason there to leave the hotel and take out your wallet at any point during the vacation," Carmel says.

Turkey's strong point on tourism from Israel is still connection flights. Only Turkish airlines are allowed to fly this route; El Al and Israir operate no flights at all to Turkey. The competition is therefore one-sided. As Carasso puts it, "There is no incoming tourism at all from Turkey to Israel. It's all in one direction. It's all give and no take."