Bertrand Buchwalter, the Consul General of France in Istanbul, paid a visit to Şalom Newspaper and had a very pleasant conversation with Ivo Molinas and Virna Gümüşgerdan.
SHARE ON TWITTER SHARE ON FACEBOOK
November 5, 2019 1549 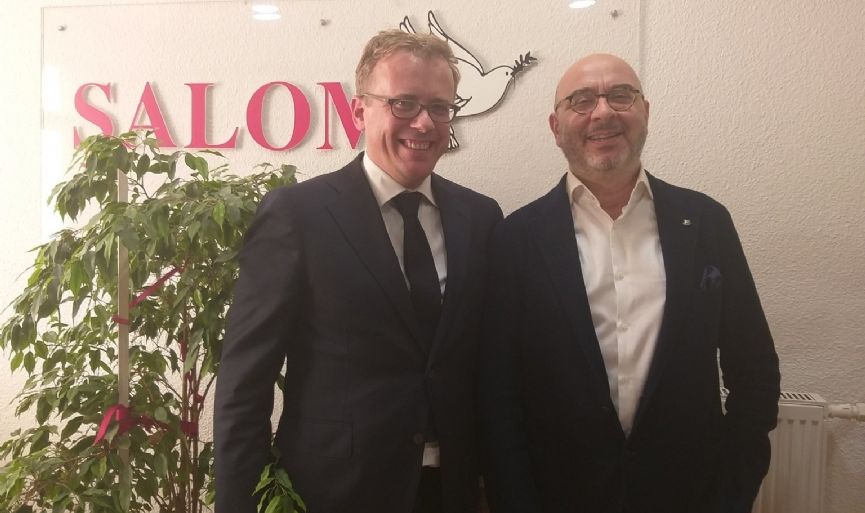 Bertrand Buchwalter, the Consul General of France in Istanbul, wrote about his visit to Şalom Newspaper in his twitter account both in French and Turkish saying:

"I am very happy today to have visited Şalom, one of the oldest newspapers in Turkey, that makes the culture of Turkish Jews shine since 1947, and keep Ladino -the language that was derived from Spanish and was formerly spoken by the community- alive. We had a warm conversation with the Editor-in-Chief Ivo Molinas and Publications Coordinator Virna Gümüşgerdan, about the history of Turkish Jews and their efforts to keep the Ladino language alive."