During the ´Come Let´s Meet (Gelin, Tanış Olalım)´ event in Istanbul University, the participants had the chance to chat face to face with Turkish Jews and ask them what was on their minds.
SHARE ON TWITTER SHARE ON FACEBOOK
November 14, 2019 1596 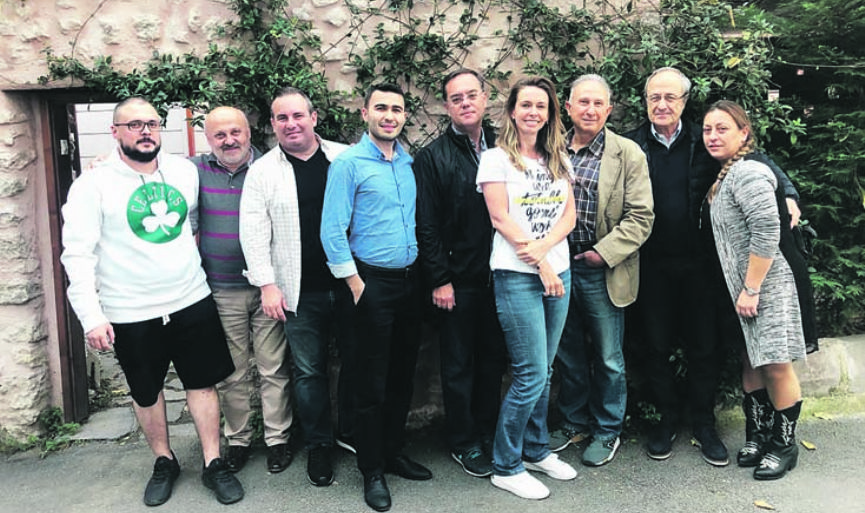 Turkish Jewish community members that took part in this event, intending to eradicate the prejudices in the community, said that these kinds of events are very important in the sense of both establishing dialogues and showing that we, who grew up in the same land, are not that different.

Project Director and Şalom writer Karel Valansi expressed that these activities would go on in different universities and the feedbacks are very positive. Valansi said, "Sometimes even the fact that we are speaking Turkish is surprising. Usually, they see us as Israelians, religious and foreigners. Mainly questions asked were about the freedom of worship in Turkey, the characteristics of Turkish Jews, in which cities Jews are living and the reason for the security measures taken in the synagogues. Willingly or unwillingly the issue of Israel and Palestine comes up most of the time."

During the event, every participant had a chance to speak to a Turkish Jew face to face and ask questions to them for 30 to 45 minutes. Later the participants shared their feelings saying they were satisfied with the event and that they wished the duration was longer and they could have the chance to have a longer conversation. Some participants expressed that they had new questions after the conversation they had and this gave them the opportunity to look at various subjects from a different perspective.

The next 'Come, Let's Meet' event will be organized in the Quincentennial Foundation Museum of Turkish Jews on Sunday, November 24th, in the context of 'European Day of Jewish Culture', between 11:00 and 15:30 hrs.