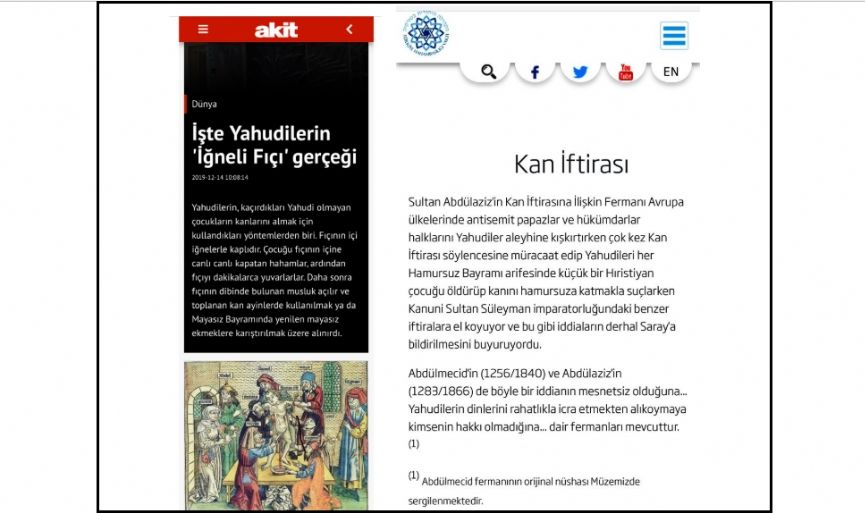 Yeni Akit newspaper once again published a news article about the historical blood libel, trying to arouse hatred towards Jews. The text published in the newspaper depicts the libel as follows:

"Here is the 'Barrels with Nails' Reality of the Jews; One of the techniques Jews used to drain the blood of the non-Jewish children they kidnapped. The barrel is covered with nails inside. The rabbis who put the kid in the barrel alive, then roll the barrel for minutes. Then the faucet at the bottom of the barrel is opened and the blood collected is taken to be used in blood rituals or to be mixed in the breads-without-yeast (meaning Matzah) eaten during the Without-Yeast Holiday (meaning Pesach)."

Turkish Jewish Community shared a tweet reacting to this article. In the tweet, it said: "We condemn the publication full of hate and provocation through the Internet, and present it to the knowledge of our State and justice."