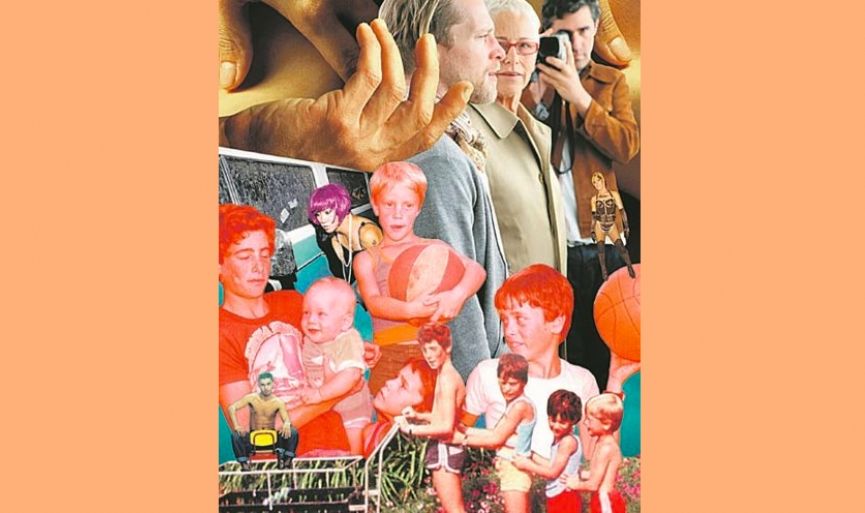 Tomer Heymann was born in the small town of Kfar Yedidia in Israel, in 1970. Heymann is an award-winning documentary filmmaker with numerous successful series and films. When he is sharing the pains, the joys in people’s lives and the events that touch their lives through his films, as viewers, you feel as if you are a part of the film, living those experiences firsthand. “I don’t pick subjects. They come to me.” says Heymann. “There is no plan before the film. The subject develops naturally, automatically.”

On November 20, at the opening event hosted by Cultural Affairs Division of Israeli Consulate in Istanbul, the film Mr. Gaga was screened. The film was first screened in February 2019 at Akbank Sanat. The film, which was first debuted in 2015, depicts the life story of Ohad Naharin, the famous art director who managed Bathsheva Dance Company between 1990 and 2017. The audience, filling all the seats in the theater, watched the life story of this famous contemporary dancer and choreographer with great enthusiasm. The documentary filmmaker describes how he feels about Naharin in his own words: “Ohad is an artist and a personality who impressed me significantly. In all of his work, you can clearly see his social and political conscience. However, he did not intend his dance to be political. I wanted the world to know him. I wanted my film to also appeal to those who do not enjoy dance. I wanted to reflect the feeling of justice and peace embedded in Naharin’s essence; I wanted to reflect his respect for human rights and I also wanted to show Israel from another dimension, beyond what we call truth.”

Tomer came to Istanbul with his big crew and his 5-year-old twins. I had the chance to chat with him and his family. How did you decide to become a documentary director?

I always loved cinema. After studying cinematic arts for two years, I turned my hobby into a career. When I make films, I do not take into account the results. My father was a master in using a camera. My parents were both children of Holocaust witnesses. After they moved to Israel, they enjoyed taking photos of their own children.

Your first documentary film, ‘It Kinda Scares Me’ which you made in 2001, is an incredible documentary about troubled and delinquent youth…

In this film, I was both the director and the acting coach. By addressing the pain, the challenges and events these boys deal within their lives, we tried to breakdown and change some of the prejudice. I really made a great effort with these children. I was compassionate to them. During the process of getting prepared for the play, which is the plot of the film, we managed to win these boys’ hearts.

This time, you are here in Istanbul with your family for the opening of a film event...

Klara, the grandmother of my 5-year-old twins was born in Izmir. Her late husband came to Israel from Soke. I wanted to make this journey with them. It is Klara’s first time in Istanbul. I was very glad to introduce her to the guests. Also, I loved this city and its people.

Your film ‘Who’s Gonna Love Me Now?’, which is about 21-year-old Saar Maoz, a gay HIV positive man who was expelled from his religious kibbutz and moved to UK,  later joining London Gay Men’s Chorus and after 19 years reaches out to his old family in the hope of reconciliation, moved me and everyone who watched the film. In the film, you depict the stories of both Saar, a young man coming from a Jewish Orthodox family and his family who lead a completely different life from him.  If I understood correctly, what you wanted to emphasize the most in this film was the importance of family and their support in a person’s struggle to be accepted in life. In other words, being accepted and of course accepting yourself for who you really are, the concept of unconditional love…

That’s exactly right. While portraying the different worlds of people living in Israel, I try to cross the lines with these observations and information. Israel is a country full of conflicting cultures. In my films, I try to reflect the different colors of Israel. Also, in my documentaries, I try to portray being gay, the problems homosexuals face with, the problems surrounding religion, family and the country as realistically as possible. When making a film, we document the changes and emotions of people throughout the years. I show their reflections and mine as if looking into a mirror. For instance, Ohad Naharin, whose life story is portrayed in the film Mr. Gaga, after seeing the film which took 8 years to complete, said, “This is not a film, it is my life.”

WHAT IS THE MOST IMPORTANT THING WHEN MAKING A DOCUMENTARY FILM?

To make a documentary film even in most difficult moments, it is important to stay in the moment with the camera. The camera must reflect that moment no matter what, even if it is silence you are trying to reflect.

Tomer Heymann directed many documentary films and series in the last 20 years. His films, including his first film ‘It Kinda Scares Me’, have been theatrically released around the world; won major awards at different prestigious film festivals, making him one of Israel’s most prominent documentary filmmakers. Currently, Tomer Heymann gives lectures at several film schools in Israel and is engaged in several ongoing projects.

‘The Chosen Families’, a retrospective selection of films by Tomer Heymann, focuses on the director’s 6 documentary films. All these selected documentary films explore the concept of family, the ones we are born in and the ones we choose, and the feelings that arise from being together from an honest and sensitive point of view.

The program includes ‘It Kinda Scares Me’ which focuses on the power of gender and mutual understanding through the story of an acting coach and his “delinquent” students; ‘Paper Dolls’ which depicts the evolving models of global immigration and the concept of expanding families and their impacts from the perspective of Filipino trans-sex workers living illegally in Israel; ‘I Shot My Love’, an intimate portrait of love and roots depicted through the backstory of Heymann’s meeting Andreas Merk; ‘The Queen Has No Crown’, a poignant meditation on family, loss, and the mental maps of homelessness; ‘Mr. Gaga’ a documentary which took 8 years to film, showcasing a combination of rehearsal footage, never-before-seen archive collection, and breathtaking dance sequences; and ‘Who’s Gonna Love Me Now?’ the journey of Saar Maoz who tries to preserve his true self as he tries to find his way in two very different worlds.