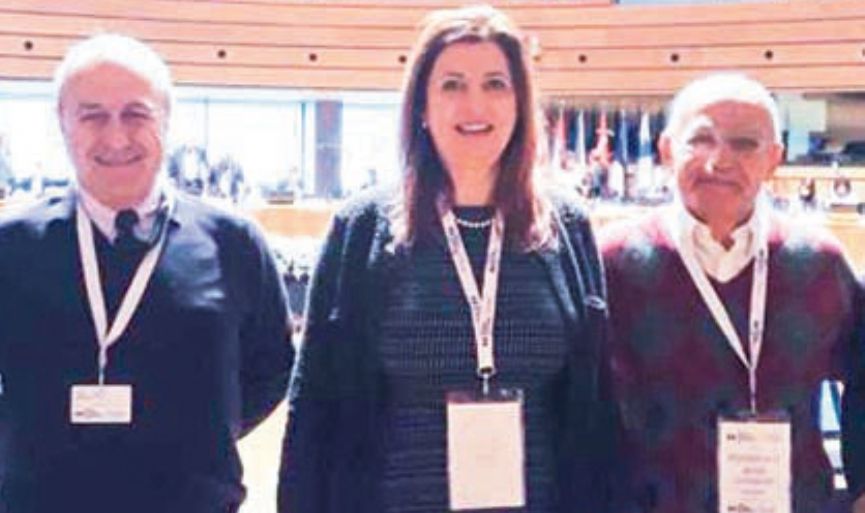 In the Plenary meeting of the International Holocaust Remembrance Alliance where around 250 participants from more than 40 countries came together, issues on Holocaust remembrance, research, and education were discussed.

The IHRA that Turkey is attending as an observer country since 2008, is expanding. In the last meeting, Portugal's full and North Macedonia's liaison memberships were announced. Since 2008, four IHRA Member Countries – Israel, the Netherlands, Slovakia, and Poland – have collaborated on a project concerned with creating a new museum and memorial at the site of the former death camp Sobibor. During the Plenary meeting, these four countries gave information about this project. During its final stage, this international project received a significant monetary contribution from Germany.

The Camps in Serbia Also Under Observation

During the meeting, it was also decided that the efforts to protect the former concentration camps Staro Sajmište and Topovske Šupe in Belgrade, will be followed closely by all Member Countries. Serbia delegation shared the new legislations issued to protect the camps.

Another important item of the meeting was the presentation of the brand-new Recommendations for Teaching and Learning about the Holocaust that have been put together by experts from IHRA Member Countries. The Recommendations will be published in partnership with UNESCO and aim to empower teachers and educators and to inform policymakers about the importance of Holocaust education. This publication is expected to be printed next year, in 20 different languages, including Turkish.

An issue brought up in the meeting was Vatican's opening their World War II archives, which had been discussed many times before. Pope Francis had recently announced their decision to open the secret archives belonging to Pope Pius XII. who reigned between the dates March 2nd, 1939 and October 9th, 1958. Pope Pius XII. is accused of being unresponsive and turning a blind eye to all the things that had happened during the Holocaust. Archives will be opened, in March 2020, with respect to the 75th anniversary of the ending of World War II.

The Honorary Chairman of the IHRA, Professor Yehuda Bauer in his speech, emphasized that antisemitism is destructive for all the world. Prof. Bauer, claiming the World War II. was a result of Hitler's antisemitic thoughts, based on the instructions Hitler wrote to Göring, reminded that besides 6 million Jews, 45 million people lost their lives during the war. He said, "Antisemitism made all humanity pay a very high price."

In the Plenary meeting in Luxembourg, a committee presided over by Ambassador Aylin Taşhan represented Turkey. Izak Kolman and Metin Delevi were also members of the representing committee.