Emil Aliyev who is living in Azerbaijan found out at the age of 15 from his fathers cousin that he is Jewish. With significant achievements that came one after the other, today Aliyev is getting ready to be the youngest assistant professor in the field of medicine in Turkey. He shared with us in his own words about the moment he found out that he was Jewish and how that changed his life. He also enlightened us on being a Jew in Azerbaijan.
Zehra ÇENGİL
SHARE ON TWITTER SHARE ON FACEBOOK
December 29, 2019 2338 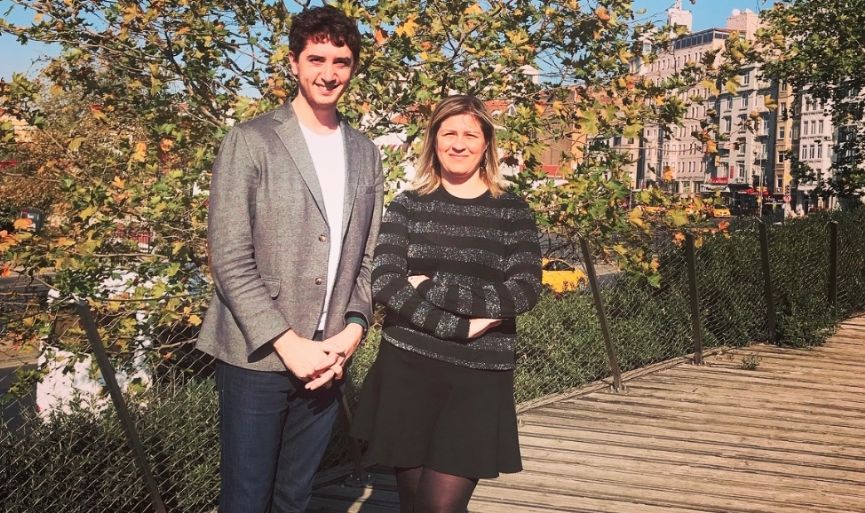 During the Czarist Russia and several other periods in the Soviets, there have been anti-Semitic incidents. Today, it is said that over 10,000 Jews are living in Azerbaijan. Is there a peaceful environment there?

Today, Azerbaijan is a country in which the Jewish Community is living in peace and comfort. We may even say they live in Azerbaijan as comfortably as in those living in USA and Israel. In the city of Quba, we have a town called the “Red Town” in which all the residents are Jewish.  It is a town in which people with different cultures and traditions all live in peace, respect, and harmony.

Different Jewish communities in Azerbaijan including The Mountain Jews, Ashkenazi Jews, and the Georgian Jews live in Baku, Shirvan, and Quba. Do these different communities have different religious rituals that they practice in their daily lives?

They are not very different since they have been living together for more than 200 years. They have created a unique local culture. They speak Hebrew, mixing it a little with Farsi. After Israel was established as a Jewish State, a large number of Jews emigrated to Israel, but there is still a significant number of Jews living in the country. There were Jews emigrating in the ’60s. During the Soviets period, there is evidence that proves Jews were sent to exile. During that period, my grandmother, my grandfather, and their family were living together with Azerbaijanis in a village. We know that they avoided being exiled by taking radical steps such as changing their names and surnames. There are many Jewish families who shared the same experience. Let me add this; during the two centuries of this challenging and painful process, there was a lot of assimilation spanning from Germany to Caucasus. Our community escaped from being assimilated, most of them were unaware of this assimilation process. As you can imagine the country had just come out of World War II and the conditions were already challenging. Since inspections were made in each village separately, they got their news about the current developments from the surrounding villages. We survived thanks to our Azerbaijani and Muslim neighbors.

My grandmother passed away in 1995. I was 4 years old, then. She went through a very difficult period to protect her family. There is nothing more natural than a person being curious about his/her roots, origins. Besides, religion and culture cannot be defined separately. Today, the Sabbath dinner that you observe is actually a religious ritual, but it is also a cultural activity. If I’ll have the time, I am also thinking of making our story which I shared a part of it with you into a book. Here, everyone welcomed me with open arms. They gave me emotional support and with their support, I participated in various seminars and workshops in Ukraine, Egypt, Slovakia, Bosnia Herzegovina, Canada, and Israel. I worked on scientific projects at Sara Racine IVF Center, an affiliate of Harvard Medical School Center in Tel Aviv University. During that time, in 2012, at Istanbul University Faculty of Medicine Capa Medical School, there was an extensive study with the title “New Method in Embryo Selection- Spectroscopy” and I was one of the coordinators. Therefore, I completed a part of my education in Israel.

How did your mother react with regard to your strong bond to your Jewish identity?

We were raised in a family that on all occasions showed us that the most important thing is being a good person. We never had a religious classification. We always respected each other’s views and stances. We were not a family who lived like Jews from birth and we are still not. We practiced whatever we observed in our culture.

Today you are a very successful pediatrician and an associate professor candidate. During your university years, you were granted the ‘Azerbaijan Presidential Special Scholarship’ and “Special Scholarship for Studying Abroad’. How did you decide to become a doctor?

My mother is a biologist. In Azerbaijan, anyone who wishes to become a Doctor of Medicine, must take the biology written exam as part of the university exam. When I was four years old, I had already started committing all sorts of information about biology and zoology in my memory. My mother used to see us, her children, as her imaginary students and would practice with us before her lectures. As a doctor, I can clearly say that the scientific environment my family created is the reason behind my success. My mother committed her academic career to high school and secondary school biology curriculum. Due to all these, I have wanted to become a doctor for as long as I remember. I have a degree in biology in World Olympics. I won four consecutive degrees in Azerbaijan.

I won the “Presidential Special Scholarship” after achieving the second-best score in the university exam. When I got an offer from Çapa, for nine years my scholarship continued as “Special Scholarship for Studying Abroad”. My scholarship continued during my studies and research at Hacettepe University Faculty of Medicine Department of Pediatrics. I won an award in Medicine Category in 2012-2014; Dr. Marcus and Elcus Erdem Awards organized by FKD, dedicated to late Dr. Yasef Yahya. I also won “Dean’s Scientific Achievement Award” at Istanbul University Faculty of Medicine. In its 187 years of history, I was the first foreign national to have won this award. This was both a great honor for both my country and Turkey. Today, I continue my studies at Yuksek İhtisas University, Faculty of Medicine Liv Hospital Ankara Branch Pediatrics Department. At the same time, I am seeing patients. Also, at Hacettepe University, I continue working as a coordinator at an extensive scientific study project on ‘Neuropsychiatric Uptake and Psychometric Condition Assessment in Pediatric Lupus Patients’.

I would like to extend my gratitude first and foremost to Prof. Dr. Yelda Bilginer for all her academic support and contributions and also all my teachers and colleagues including my wife.