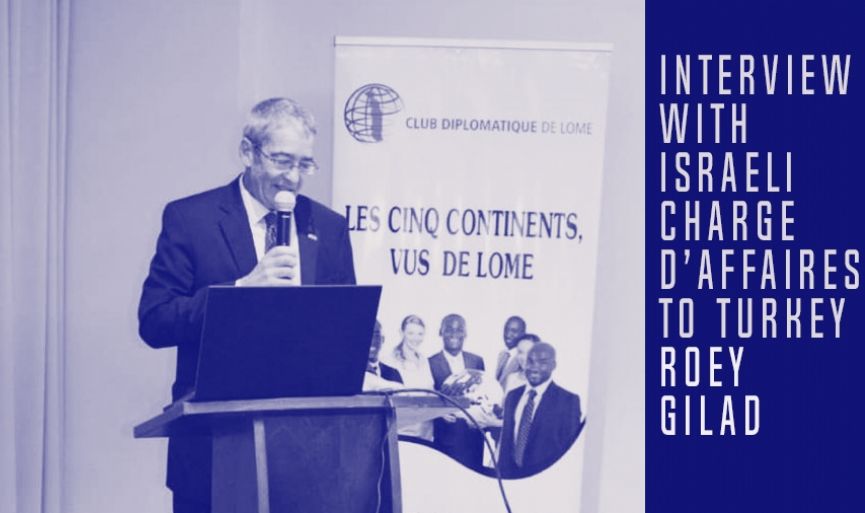 Partnership Between Turkey and Israel

Despite the publicly tense political bilateral relations, Turkey and Israel continue to enjoy a significant level of cooperation in a number of fields. Five billion dollars of annual trade, most of which are Turkish exports, made Israel the 10th destination for Turkish exports in 2018. Turkey also makes use of Israel’s Haifa seaport for transit export to countries east of Israel, such as Jordan. In addition, some 1,500 Turkish construction professionals are currently employed in Israel. Hence, 1,500 Turkish families depend on income from Israel for their livelihood.

The cooperation is not limited to commerce. Tens of thousands of Israeli tourists vacationed in Turkey last year, making use of eleven daily flights from Tel Aviv to Istanbul, as well as direct flights to Antalya. Notably, Turkish Airlines is the biggest foreign airline operating in Israel today, second only to Israel’s national airline El Al. There is also some significant cultural exchange, as the consistent flow of artists to and from Turkey testifies. In addition, there is academic cooperation in a variety of fields such as medicine and technology.

Each of these fields holds greater potential for cooperation. The potential for bilateral trade is nearly ten billion dollars annually. The 1,500 Turkish workers in Israel may grow to thousands. Israeli tourism to Turkey can exceed the current level of tens of thousands. Ankara, Turkey’s capital, may have direct flights to Israel as well. Above all is the enormous potential in joint energy projects which could benefit both countries.

Challenges for the Bilateral Relations

The main obstacle to normalization of the relations is Turkey’s approach towards the Palestinian issue. Israel does not object to Turkish humanitarian support to the Palestinian people. It is Turkey’s support for Hamas, as well as the terror-related activity of Hamas activists in different parts of Turkey, which is wrong.

Hamas is a terror organization recognized as such also by the US and the EU. One might even claim, on a strategical level, that Hamas poses a greater threat to Israel than the PKK poses to Turkey. First, Hamas wants to establish its sovereign state instead of the State of Israel and not next to it. Second, because Israel lacks any strategic depth hence Hamas missiles being launched from Gaza day in and day out can bring the life in Jerusalem and Tel-Aviv to a standstill. While Israel does consider the PKK to be a terror organization, Turkey maintains its support for Hamas.

The Future of The Relationship

The more I speak with Turkish people – businessmen, journalists, artists, even government officials – I realize their sincere wish for normalization of bilateral relations. Many of them remember the close relations and strategic partnership Turkey and Israel enjoyed just ten years ago. It is not too late to renew this strategic alliance. Energy will stand at the center of this partnership but also other common regional issues that challenge both states such as the lack of stability in Syria and the destructive involvement of Iran in the region.

As the New Year approaches, my hope is that Turkey will make the first step towards restoring relations with Israel. It is not too late to go back to where we were.