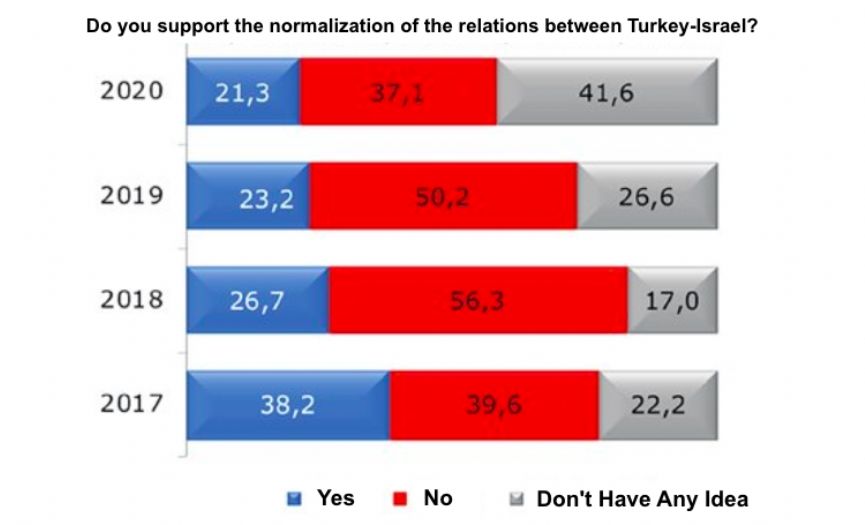 The 'Research on Public Perceptions on Turkish Foreign Policy' which is conducted every year by a team coordinated by Prof. Mustafa Aydın from the International Relations Department of Kadir Has University, has been realized in April this year, in 26 cities, by talking to 1000 people representing Turkey's demographic structure.

While participants stated the most important foreign policy issues as fighting terrorism beyond our borders and the civil war in Syria, in the issue of foreign threats, the USA and Israel preserved their places as the first and second just like the previous years. 70% see the USA, and 66.7% see Israel as the biggest foreign threat. The ratio of the people who don't perceive Israel as a threat and who are indecisive has increased a little according to last year.

The normalization of Turkey - Israel relations

When asked "What is the most important problem Turkey has encountered in its foreign policy in the last quarter?", the 2.8% of the participants answered as 'relations with Israel'. This answer had never come up in the previous years.

To the question "Do you support the normalization of the relations between Turkey and Israel?", while the people who answered 'Yes' has decreased to 21.3%, by 2% compared to last year, the decrease in the ratio of the people who said 'No' was also noteworthy.