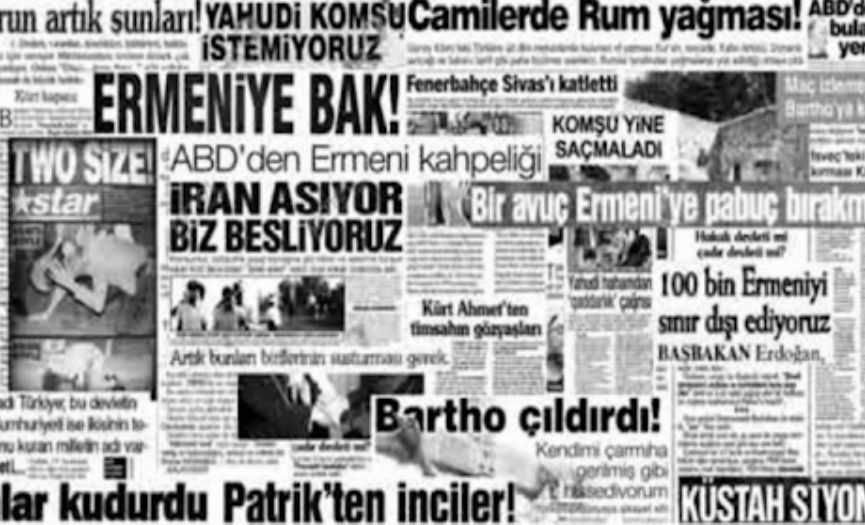 Hrant Dink Foundation's Hate Speech and Discriminatory Discourse in Media 2019 Report, which is obtained by scanning all of the national and around 500 of the local newspapers, revealed that hate speech is generated in more than 17 news and articles in just one day.

Among the groups the most hate speech is produced about, Jews came fourth, after Armenians, Syrians, and Greeks.

In the report, it is stated that instead of using words like ‘State of Israel’, ‘Israel’, or ‘Israel Defense Forces’ that define institutions, Jewish identity has been used generalizing, the Jews have been presented as the secret force behind various conspiracies, and shown as a threat to Turkey, the word 'Jewish' has been used as an insult.