Light of Hanukkah Illuminated Us from Kadiköy This Year

During the event where the 5th candle of Hanukkah was lit in Kadiköy, Chief Rabbi of Turkey Rabbi Isak Haleva, Istanbul Deputy Governor Özlem Bozkurt Gevrek, Kadiköy´s District Governor Dr. Mustafa Özaslan, Mayor of Kadiköy Şerdil Dara Odabaşı, religious representatives and guests were present. The Menorah Lighting event in Fenerbahçe Park, was done with limited attendance compared to the previous years, as per the pandemic requirements.
SHARE ON TWITTER SHARE ON FACEBOOK
December 16, 2020 1281 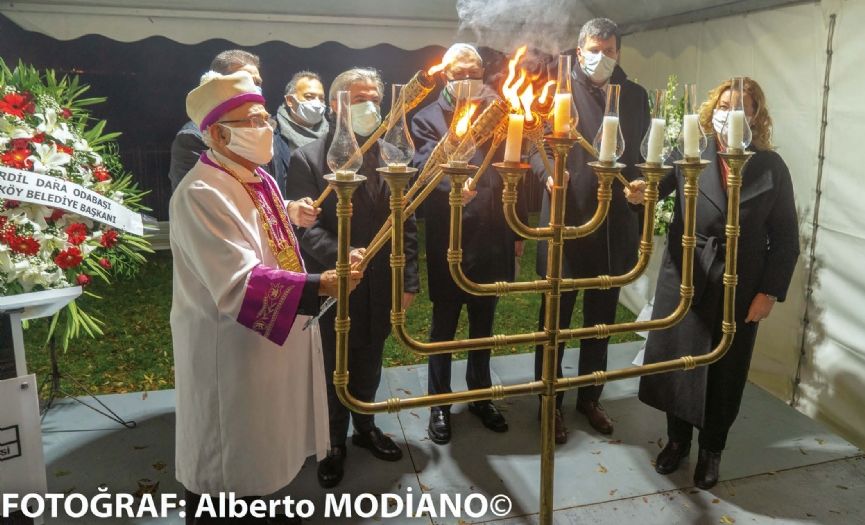 Turkish Jewish Community Deputy President Moris Levi, in his speech during the event, thanked everyone, starting with President Tayyip Erdoğan, who had congratulated the Hanukkah Festival. Moris Levi also read the message of Burhan Ersoy the General Director of Foundations.

Ersoy in his message, talked about these lands’ being home to many civilizations over the centuries, and that it had been a glowing light, an open gateway to love without any discrimination of religion, language, race, or belief, building solidarity and love among the people. On behalf of the foundations representing the understanding of love and tolerance, he celebrated the Hanukkah Festival of all Jewish people and wished many more festivals brimming with health, happiness, peace, love, and tolerance. 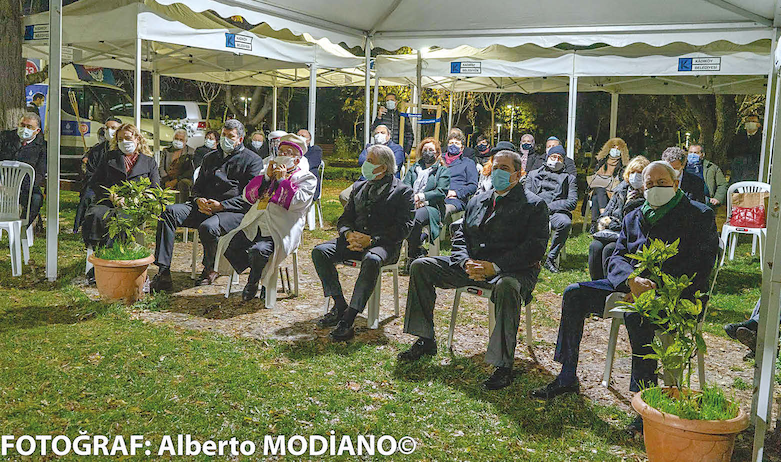 Mayor of Kadiköy Şerdil Dara Odabaşı, in his speech, welcomed everyone to Kadiköy mentioning that he was aware that many of the people there had a memory of Kadiköy even though they didn’t live there. He added that we were living in a historic city and what made Kadiköy so special was tolerance, peace, and respect for all people, having all the religions’ places of worship together. He wished a happy Hanukkah to all, remarking that celebrating this festival in Kadiköy was an honor for him and praying the candles lit would be light to all the darkness. 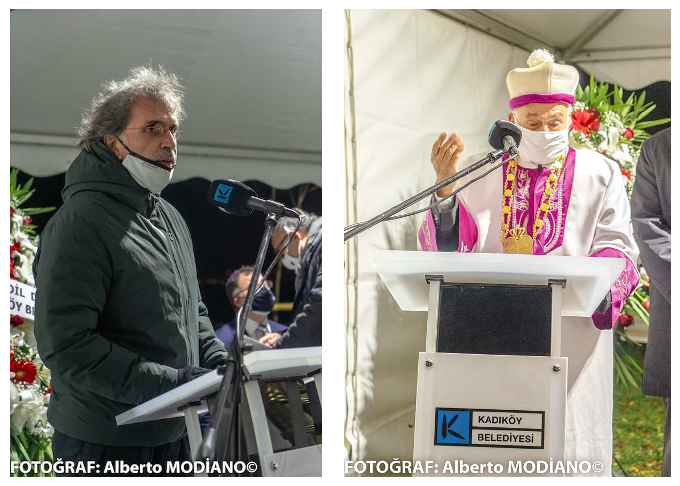 The co-president of the Turkish Jewish Community, Ishak Ibrahimzadeh in his speech addressing everyone there and people watching from their homes, said, “The Hanukkah Festival we are celebrating tonight is the story of the success of a miracle. The miracle in fact is not the candles’ being able to last for 8 days. When you consider God’s point of view, for God there is no such word as miracle. Miracle is the way we feel it. However, the miracle in those days, under tough circumstances, was the way the people whose fates that had been tried to be taken away and decided for, struggled, fought to save their own lifestyles, their own future and showed the world this could be done.

Our elders in our book Pirke Avot, the world exists on three things. One is to use wisdom, the other is to believe from the heart, the third is to serve humanity with devotion and unselfishness, even if it costs us our lives. Those people then did this. But today we see we have a different enemy facing us. There is an enemy we cannot name, we cannot describe, and we have people fighting that enemy for us, despite us. Those people are healthcare workers working in the hospitals and on the streets, members of the filiation teams, police officers trying to protect us, the scientists trying to produce the vaccine and medicines for us to overcome this epidemic as soon as possible, and of course, everyone working to bring us our vital needs.

When it is like this, we also see that when our prayers combine with wisdom and devotion, we can reach here today, we can light the candle of this miracle being grateful to them, we can give humanity hope increasing the candles by one each day.

I wish to hope that all our prayers shall be with these people; that God shall clear our minds, show us all the right way, and by these people’s efforts we will all reach brighter days.

Hanukkah candles were lit in groups