Pianist, composer, soprano, music therapist Renan Koen who has placed the ´Positive Resistance´ concept in our framework of thinking, through her research and studies on Holocaust composers, and who aims to inform people all around the world with her concerts and educations, is with us, this time, with her brand-new work.
Virna BANASTEY
SHARE ON TWITTER SHARE ON FACEBOOK
July 20, 2021 849 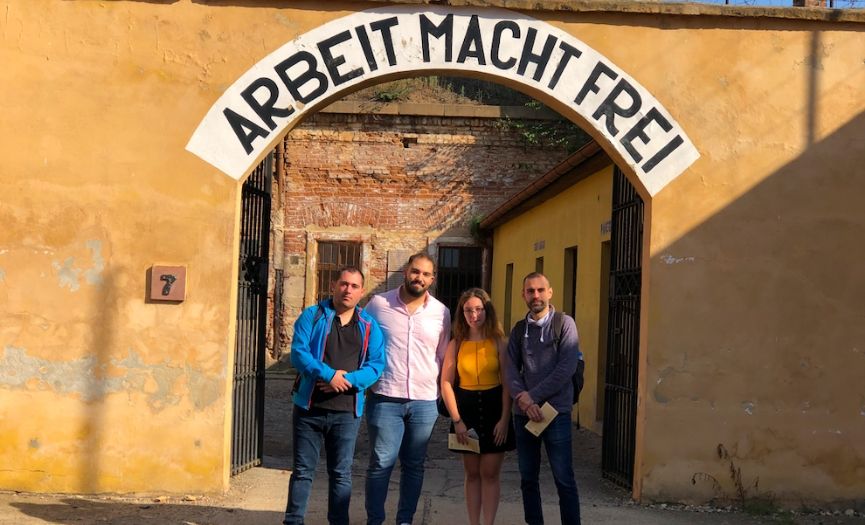 Renan Koen's book 'Positive Resistance' has met the readers both in Turkish and English, released from Gözlem Publishing. Koen, while taking the readers on a journey through the historical process, is also conveying the emotional realm she has experienced in the context of her works, via the sentences.

At the beginning of the book, there is an anti-Semitism chronology, throughout history almost to our day. I think this section has the characteristics of an important resource... we see that in every stage of history, all around the world, Jews have become the target of hatred... Was preparing this part a tough process?

This really is a meaningful question. I lived through intense emotions while writing, I looked forward to writing about art. One might feel "whatever I do is in vain" when faced with an unending opposition and an unbending ego of hatred. I could only balance my feelings when I remembered music and art and thought of the transforming effect of these two fields.

There is also a part in the book reserved for the Warsaw Ghetto... You have expressed that Jews never gave up education and cultural activities despite the physical impossibilities of the ghetto. There even were artists coming out of the Warsaw Ghetto. Could you tell us a little about these?

Just like in every ghetto and camp, cultural life had started as underground activities here. They never gave up music, on the contrary, as soon as they were prisoned there, they have started cultural activities through concerts and musical get-together nights. What affected me the most was the fact that they never downgraded the music quality despite the atrocious nourishment and shelter conditions. When I read the diaries, I see that whatever the quality expectation had been in their previous lives, they also maintained the same level at those places. They are people who had been brought up with such discipline that, they never acted with thoughts such as "we ate very little today" or "we didn't have time to practice today". There were many valuable artists also in Warsaw Ghetto; for now, I have focused on the young star pianist of the ghetto, Josima Feldshuh's life, and the works he had produced there. In time, I will also present the works of other artists with the readers and the audience.

I've noticed that you had the chance to meet some of the surviving relatives of the musicians who had lived through the Holocaust and mostly lost their lives. What kind of a feeling and experience did this generate for you?

The feelings and thoughts of these encounters involve a multidimensional and long-term absorption process. It is really deep, layer on top of layer. I was relieved that all my research and inferences from the music pieces were all correct. On the other hand, it embarrasses me that they feel they owe me so much gratitude. They and their families are the ones who had to pay for this experience with their lives, so I always feel what I am doing is so little compared to this. 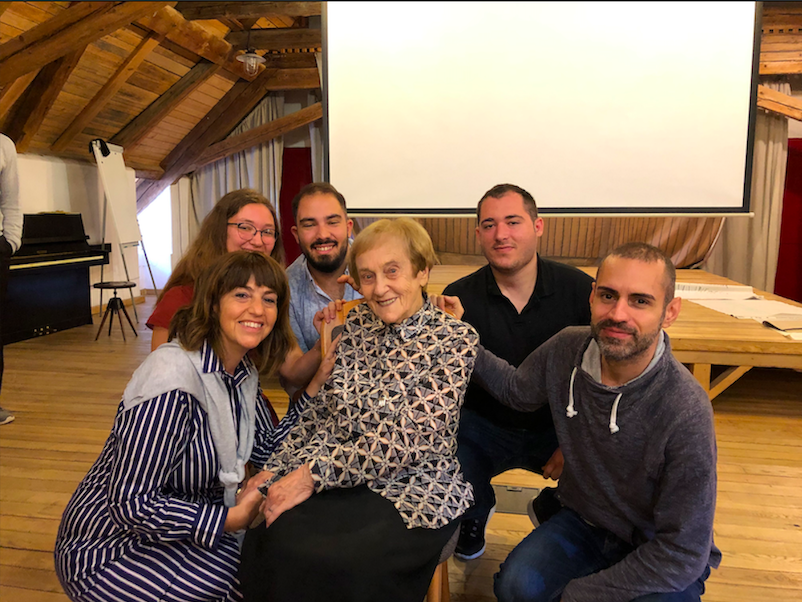 I have started my Holocaust music research with Theresienstadt Ghetto and Concentration Camp. When years ago, I had learned that the artists imprisoned in Theresienstadt kept on producing pieces even though it was forbidden, I was very impressed. This unavoidable curious affection led me to research the composers who have lived and produced works there.

At first, what I had felt for Theresienstadt was a sense of confinement which I felt deeply sorry for. However, after I received the works, during the stage of studying and interpreting them, I came to understand that, in this reality of confinement, the composers' commitment to life, even beyond their commitment to life, to convey to the next generations, through music, what they had lived through there, the wish and the success to document it through music, had overcome every obstacle. The high-disciplined formations they had received during their music educations, was turned into -in my words- a Positive Resistance, through the time they lived in Theresienstadt Concentration Camp.

When I intensely examined the works of Zikmund Schul, Pavel Haas, Gideon Klein, and Viktor Ullmann whom I admire, I noticed that each one of these four composers, in an environment full of brutality and hardships, had been able to adapt themselves day after day, minute after minute, through music. Both the discipline they had received from their families due to the lands they had lived on, and the education each had gotten aiming to create their own languages, including the teachings of extremely strict schools, the discipline this education required, revealed more strongly -what I call- their positive resistances, thus they could strengthen their cooperation and solidarity among each other via protecting themselves, music, and Theresienstadt they lived in, against the destructive power of the war and Nazi Germany. 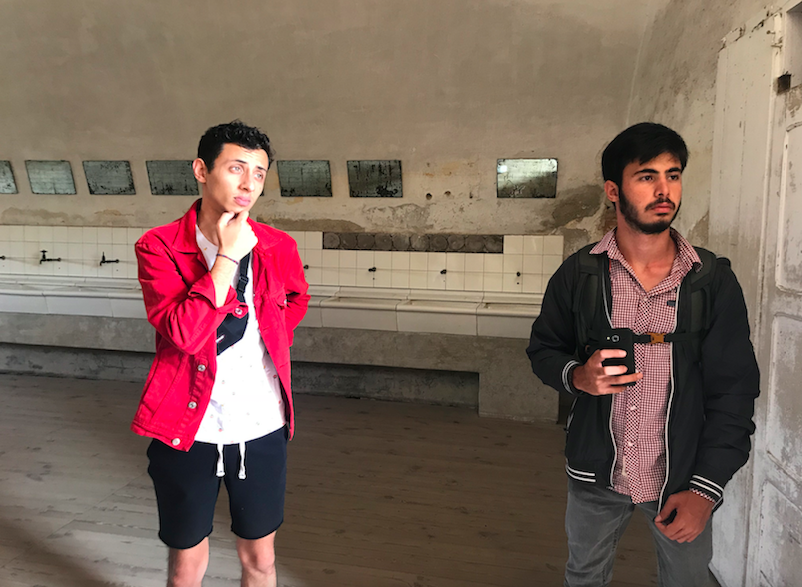 March of the Music 2018, Engin Çetin and Akın Kilis at Theresienstadt Concentration Camp

It is very impressive that all the musicians, at every moment of their lives until they were sent to Auschwitz or lost their lives in Theresienstadt, produced works, woke up to new creations each day, never giving up, with this creativity, worked on the new sense of form, by expressing themselves through the environment they were in, including historical documents they created and the fact that they perfected this form.

And today I understand that the deep admiration I feel for these composers and the great love I feel for their works come from the infinite admiration and respect I have for their Positive Resistance they had generated in this desperate environment, and the continuity of their transformation both in terms of life and music. As in the contemporary period of the 1940s, where the atonal music understanding was reached moving away from the centuries-long tonal understanding, where new pieces were being produced via 12 tone music, chromatic music series, and in tones improved by each composer himself or their peers, each of these composers had been able to create their own very modern languages in a writing sense which was still musical.

Composer Pavel Haas's piece 'Al s'Fod' for 'Men Choir' was a very important piece for resistance, since even though he had composed it for the first 'Foundation' anniversary of Theresienstadt, when the hidden Hebrew writing on it was deciphered, it was in fact understood he had wished it to be for the 'Liberation' of Theresienstadt. Again, Gideon Klein's pieces 'Spruch' and 'Piano Sonata PA 9'' he had composed for the choir in Theresienstadt, Viktor Ullmann's '7. Klaviersonate ' which he had described as the 'Theresienstadt Sketchbook' and many more reflected the modern style of the era with tonal understanding and with rare elegance and great mastery.

What a great loss it is for European music history, that this composition language could not be passed on to the next generations with their education style! These very important and valuable compositions sometimes were not even written on a music sheet... The fact that they had been able to encrypt what they were living through then inside the notes, thus transferring historical facts, is a great success and of vital importance besides the significant musical level of the compositions.

Viktor Ullmann's music criticisms spread on Theresienstadt musicians' (of those imprisoned there) unbelievably high-level concerts they gave there, the cabarets, all the artistic activities done besides music, the plays written, poems, diaries, pictures made by the children and young people, graphic designs, all of these to sprout in such an environment; what a great miracle and choice of desire for life!

Among the composers and musicians whom you have studied and learned the life stories of, who affected you the most, personally?

This is a very hard question. Because all of them are so precious among themselves and with their contributions. Even though these composers or musicians had been killed via a great atrocity, their contributions to the music world, both with their personalities and their vast knowledge and genres, are priceless.