From the Museum of Turkish Jews: ´Tik´ 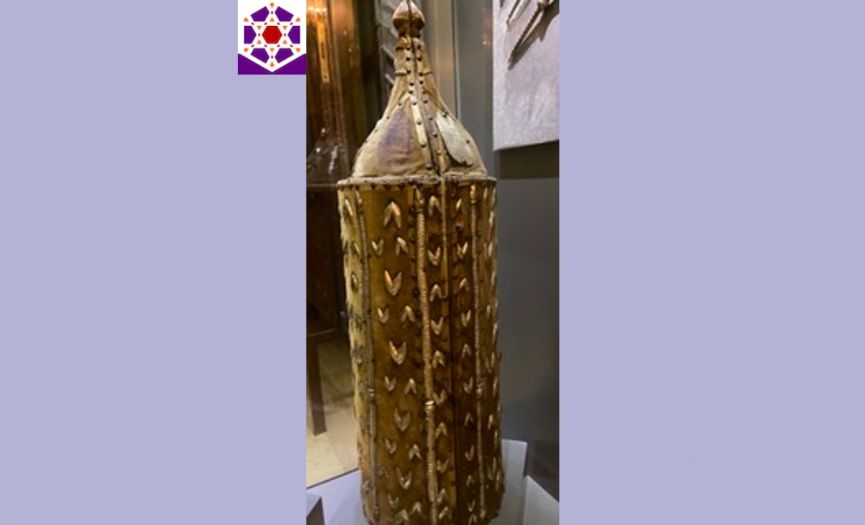 In antiquity, cloth mantles or bags called 'Tik' (plural Tikim) were used to protect the most sacred object in Judaism, the Torah scrolls. Torah cases (Tikim) like these were seen in Spain, the Spanish diaspora, North Africa, the Middle East, and the Romaniote communities of Greece, and in the Turkish cities such as Urfa and Antakya.

When enclosed in a 'Tik', the Torah is set in a vertical position and rolled by the means of its staves. Its usage is exactly the opposite of that of a Torah protected by a mantle. This rigid 'Tik' or Torah storing case is representative of the kind used in the Sephardic tradition. The hard case made of wood or metal makes it easier to carry and offers greater protection than a mantle.

This 'Tik' found in the museum collection, dated the 19th century, has come from Aleppo (Halep). The 'Tik' covered with beige velvet fabric and ornated with silver decorative pieces, can be seen in the Judaica section of the Quincentenial Foundation Museum of Turkish Jews.