Deniz Bensusan´s last film ´Bluebird Society´ has been shown at Cannes Film Festival on July 11th. Director Deniz Bensusan had made a name for herself with ´The Final Hour´. In the short film written and directed by Bensusan, produced by Eda Çarıkçı, Buket Gülbeyaz is personating Efil, who pursues her questions and doubts in a world where there is no unhappiness. We talked to Deniz Bensusan about her latest film.
Dora NİYEGO
SHARE ON TWITTER SHARE ON FACEBOOK
July 23, 2021 383 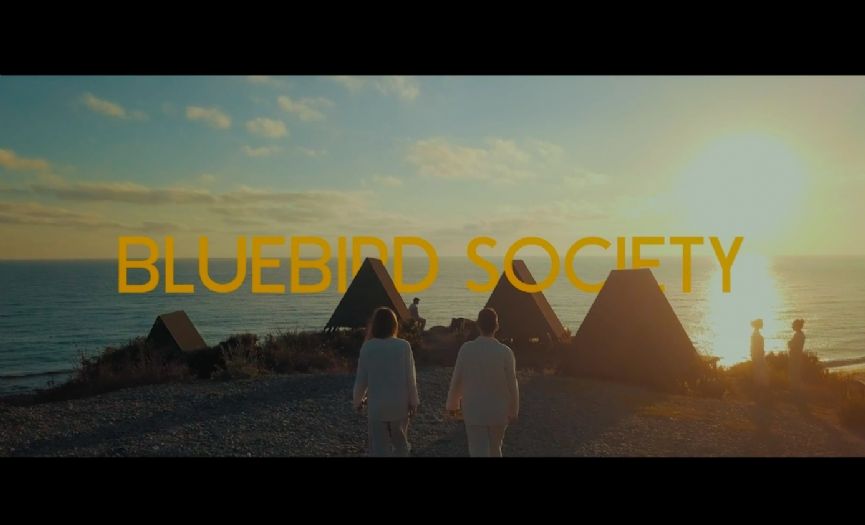 Would you introduce yourself to Şalom readers?

I was born in 1994 in Istanbul. I studied at Koç University, in both International Relations and Media and Visual Arts departments. I always had multiple areas of interest; a trait probably brought by growing up in a family that loves art very much. I always loved literature, philosophy, movies, music. As soon as I started university, I chose to direct where I could transform all these areas I loved into a profession, in film sets I found myself. I shot my own films, I produced others. This way, I earned the right to study Master's Program on Directing at MetFilm School in London. I've graduated now and I'm shooting music videos and short films. 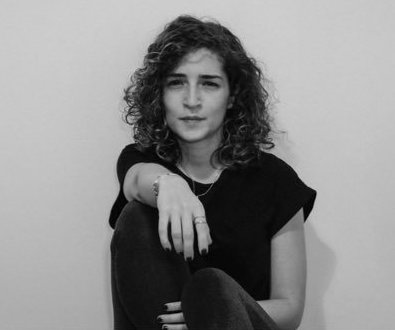 How did you choose film directing as a profession?

As I discovered films, the freedom while choosing and producing my own films, in time, made me say "That's it, this is my profession". Just to watch life feels boring to me, but it's tempting to tear it down and remake it. The film allows me to do this by combining audio and video. I can show or hide whatever I want to. I can lie or tell the truth. It's up to me and I think it's very thrilling.

"BEING A WOMAN DIRECTOR IS A STUMBLING BLOCK"

How does it feel to be a woman director?

Being a 'woman director' is a stumbling block. Being a 'director' feels great. Of course, I am not saying this ignoring the male-dominant system or sector we live in. It is a way of being, despite it. I find it boring to observe the world through only a woman's or a man's eyes. I can feel I am a director when I can observe genderless, first from the outside and then from the deepest of inside. I have tens of woman directors whom I see as examples. Thanks to them, I can do my job by forgetting my gender which I am continuously reminded of, on the other hand, feeling proud that I can forget it. They give me courage. I am glad they exist.

With your latest short film 'Bluebird Society' you've received many awards in Turkey and abroad. It was also shown at Cannes Film Festival. Would you give us some information about the subject of this film?

Bluebird Society is a short film taking place in a fantastic universe. Dostoyevski's The Brothers Karamazov is one of my favorite novels. I built the whole film on a sentence I took from there, independent from the novel.

"Imagine that you are creating a fabric of human destiny with the object of making men happy in the end, giving them peace and rest at last. Imagine that you are doing this but that is essential and inevitable to torture to death only one tiny creature... in order to find that edifice on its unavenged tears. Would you consent to be the architect on those conditions? Tell me. Tell me the truth."

The film starts with the story of a society that had accepted this case years ago. By drawing lots they send a young person to go to the sorcerer to be tortured and finally die. When the tortured person dies, the sorcerer sends him/her body as a dead bluebird back to their village. The main character Efil is scared and runs away from the village when she learns she has been selected in the draw, but the sorcerer makes her lose her way and come to her. In the sorcerer's cave, they get into a heated conversation with Efil on happiness and ethics. Efil can save herself and destroy the system, however in exchange ambition, greed, or wars will come back. Or she can accept the illusion of happiness and save everybody.

"BLUEBIRD IS THE SYMBOL OF HAPPINESS"

What does the Bluebird symbolize?

In East European and Asian mythologies, bluebirds symbolize happiness. The story of the film does not include any socio-economic order. People of all classes and countries either fall into this trickery and illusion or are taught to do so. Therefore, I wanted to choose an inclusive mythologic hero who has traveled the world.

As far as I've read, this film tells the story of Efil going after her questions and doubts in a fantasy world where there is no happiness. There is also a journey in this film. Can Efil find answers to her questions at the end of the film?

Efil asks the first question in her life, most probably, in the sorcerer's cave. She doesn't have experience in life because she comes from an order designed by sorcery. All the barbaric emotions which we cannot overcome have been suppressed. There is no love, so there is no hate. Unconsciously she's aware that, what is made belief in the village as happiness, is an illusion but because she has never lived it, she doesn't have the strength to voice it. The only answer Efil finds can be the necessity to see the questions in order to find the answers.