Journalist and writer Hüseyin Hakkı Kahveci stated that the forest fires happening in our country coincided with the route of the trips Rabbi Mendy Chitrik is having throughout the country.
SHARE ON TWITTER SHARE ON FACEBOOK
July 30, 2021 1558 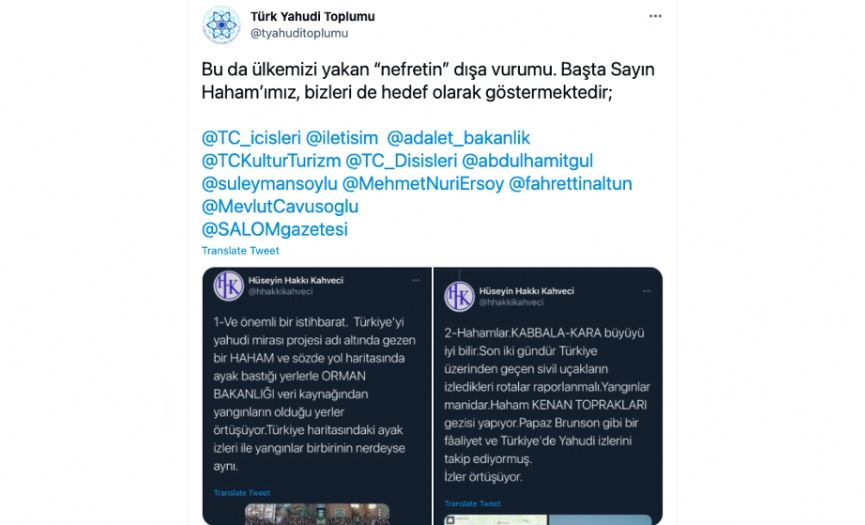 Hüseyin Hakkı Kahveci in his post he shared via Twitter, has stated "And a piece of important information. There is a Rabbi traveling Turkey under the title Jewish heritage project and the places he sets foot on in his so-called road map are overlapping the places where there are fires according to the Ministry of Forestry data source. His footsteps on the Turkey map are almost the same as the fires. Rabbis know Kabbalah-Black Magic well. The routes followed by civilian aircraft going over Turkey in the last two days should be reported. The fires are significant. The Rabbi is traveling the Canaan Lands. An activity like Pastor Brunson and he's following the Jewish traces in Turkey. The traces overlap." 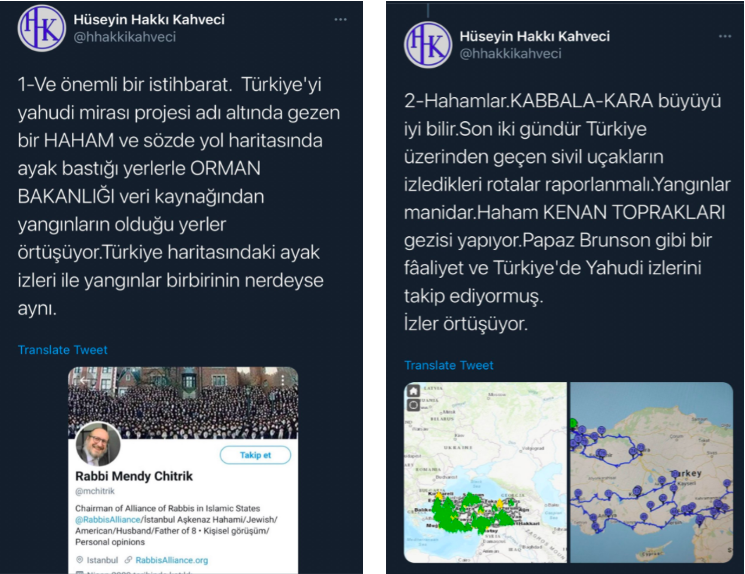 Turkish Jewish Community in the post made via Twitter stated, "The necessary legal action will be taken and a criminal complaint will be filed to the prosecutor's office against the person who has committed a crime using our faith in the same meaning as treachery and openly inciting and encouraging the people to hostility and hatred towards the Jews."