Has the Location of Noah´s Ark Finally been Proven Using 3D Scans?

The Torah tells us that the Ark landed on the hills of Mt. Ararat, a dormant volcano near the east border of Turkey. The Durupinar site is approximately 30 km south of that mountain.
SHARE ON TWITTER SHARE ON FACEBOOK
October 4, 2021 430 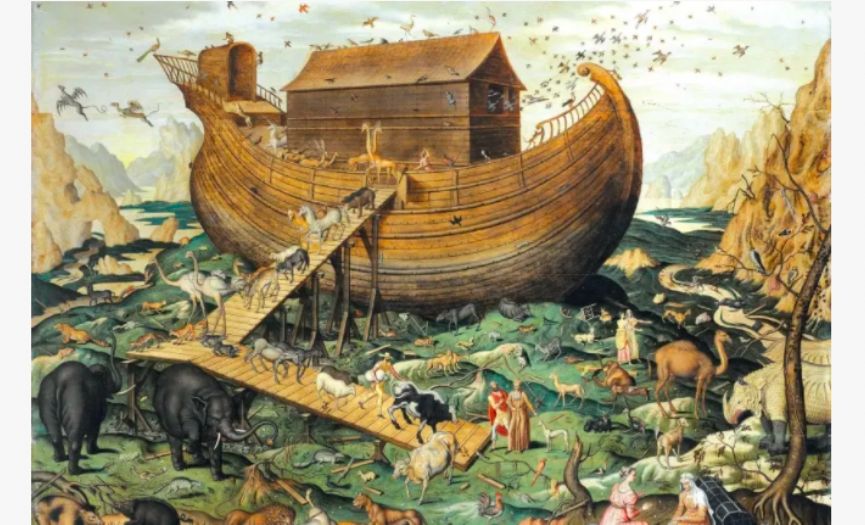 In 1959, a cartographer named Ilhan Durupinar discovered a boat-shaped footprint on top of a mountain in the Dogubayazit region in Turkey. Now, American researchers and Turkish scientists of Noah's Ark Discovered Project claim that they have proof that the biblical relic lies beneath the surface of Durupinar.

Using 3D scans of GPR and ERT technology, the researchers claim that they uncovered a man-made boat structure beneath the ground, before beginning any excavation. The formation identified in the scans, according to the team, matches the dimensions of the Genesis description of Noah’s Ark. 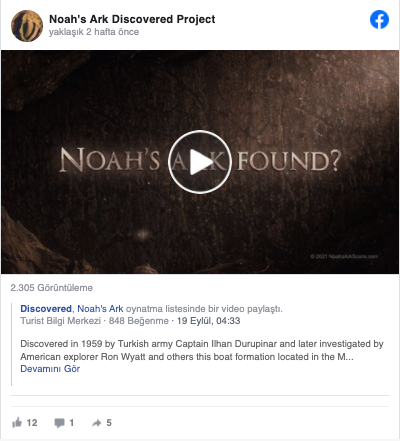 This week’s Torah portion tells the story of God’s instructions to Noah to build an ark and carry with him a male and female of each animal. The text carries specific descriptions regarding the size and structure of the vessel: length 300 cubits, breadth 50 cubits, and height 30 cubits. Cubits, a biblical term called Ama in Hebrew, means “forearm,” and is estimated to be approximately 18 inches, or about half a meter long.

The Torah further tells us that the Ark landed on the hills of Mt. Ararat, a dormant volcano near the east border of Turkey. The Durupinar site is approximately 30 km south of the mountain.

Researcher Andrew Jones and lead scientist Dr. Fethi Ahmet Yüksel of the Department of Geophysical Engineering, Applied Geophysics Department of Istanbul University believe that the results of the scans indicate a man-made artifact beneath the surface that could well be the Ark, and are eager to continue studying the location.

“The new GPR data shows parallel lines and angular structures 8 to 20 feet down,” claim the team on their project website. “These parallel lines and right angles below the surface are something you would not expect to see in a natural, geologic formation.” 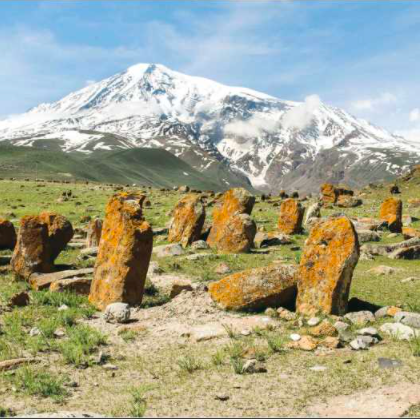 However, the scientific world is not keen to accept their assumption. Since the original discovery by the Turkish captain, the Durupinar site has been repeatedly questioned and refuted as the location of Noah’s Ark. In the 1970s through to the 1990s, American researcher Ron Wyatt studied the site and published his discoveries, which geologist Lorence Collins then systematically refuted in 1996 in the Journal of Geosciences Education, dismissing the findings as natural rock formation with an unusual structure.

The spikes and wanes in public and academic interest were enough to lead the Turkish Ministry of Culture to place the site under national protection and label it a national park, but no official excavation projects have been approved. Several independent teams are studying the site simultaneously, both Turkish and foreign.

Even after the original discovery was deemed superficial and a natural phenomenon, some never gave up on the belief that the original Ark lies beneath its surface. Perhaps the findings by Noah's Ark Scans, making use of technology that didn't exist during previous expeditions, could sway the verdict regarding deeper examination of the location that could potentially be hiding one of the most significant relics in history.