Unity Messages for Hanukkah from the State Officials 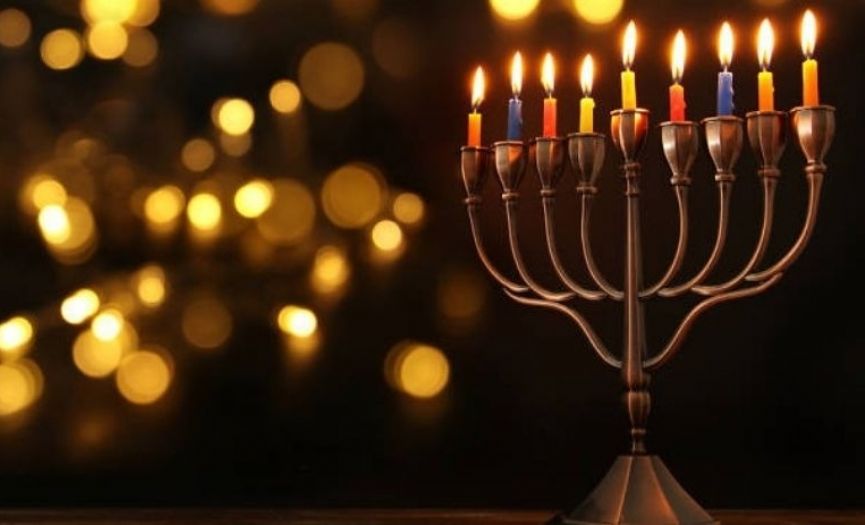 President Erdoğan in his message said “Our region has for thousands of years been a home to different cultures all of which are very valuable. Cognizant of the historic responsibility brought about by this richness, by opposing to language, religious and racial discrimination, we consider it to be one of our most important duties to ensure that all our citizens coexist freely and safely." and added "Amid growing intolerance to different faiths and identities in the world, we disapprove of any discrimination and take all the necessary steps to duly fulfill this responsibility placed on us by history. With these thoughts in mind, I congratulate all Jews, especially our Jewish citizens, on Hanukkah, and wish that this special day may bring well-being to them.” 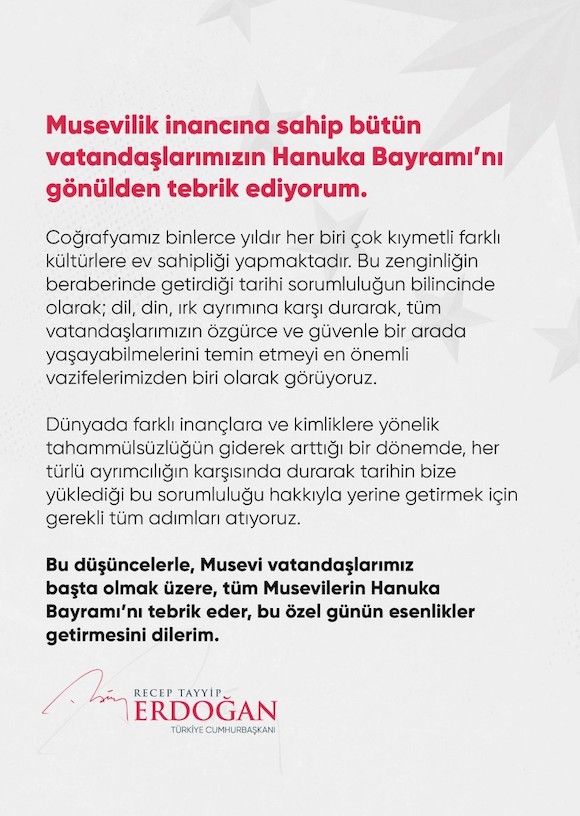 Ekrem Imamoğlu, the Mayor of Istanbul Metropolitan Municipality, shared his wishes for Hanukkah via his social media account, both in Turkish and English. Imamoğlu, in his message from his Twitter account in English, stated, "Wishing a happy Hanukkah to the Jewish community in Istanbul and anywhere else in the world. May the light of the Hanukkah candles bring hope and prosperity... Hag Hanukkah Sameach! 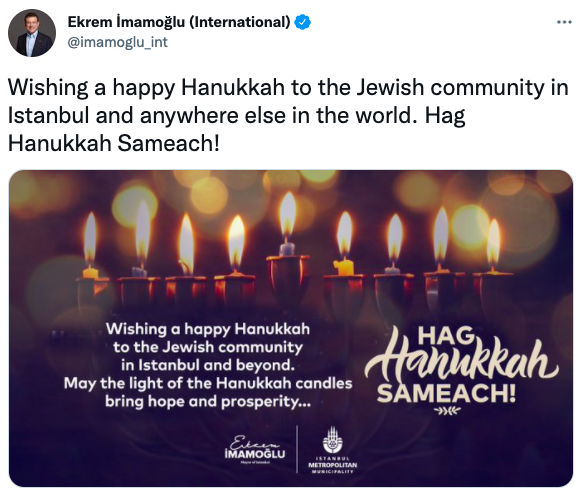 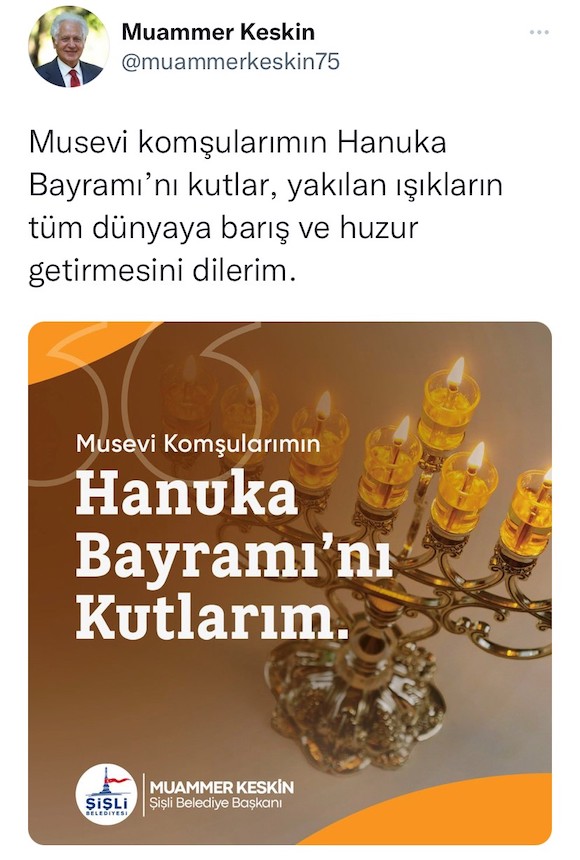 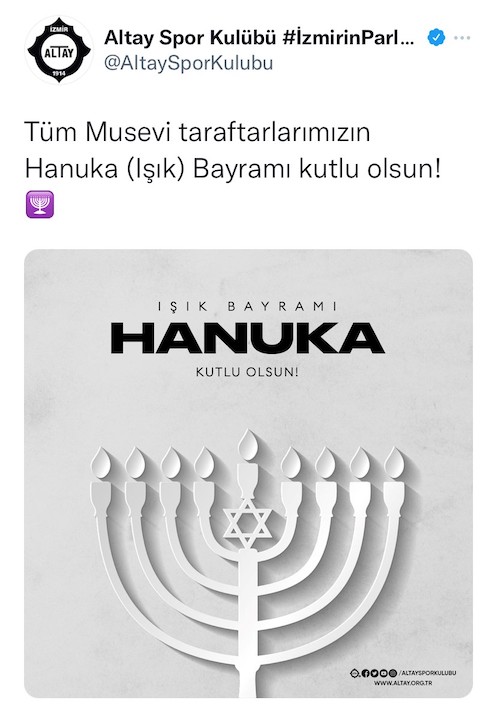